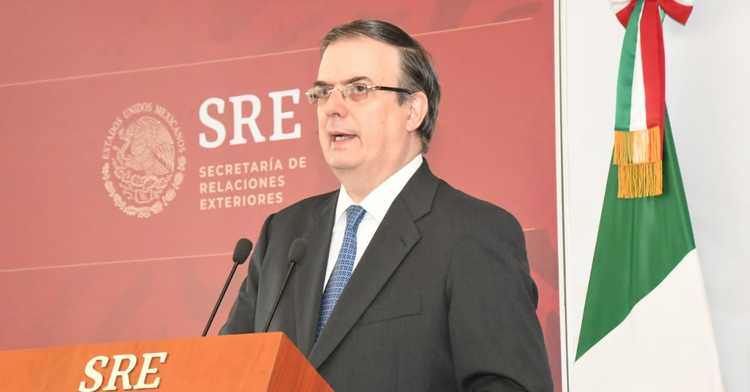 In remarks to the press today, Foreign Secretary Marcelo Ebrard discussed yesterday's events in Mississippi and the actions taken by the Foreign Ministry. According to information from Immigration and Customs Enforcement (ICE), U.S. immigration authorities, in coordination with the U.S. Attorney's Office  for the Southern District of Mississippi, carried out raids at several food-processing plants.

Those individuals unable to prove that they were in the U.S. legally by showing a temporary or permanent resident visa, work visa or a DACA work permit, were arrested by the authorities.

The Foreign Secretary confirmed that, so far, 107 Mexican citizens were arrested in the raid.  He explained that consulate personnel in New Orleans were assisting our citizens, both in Mississippi and in other areas. Two support teams have been sent to Basile and Jena in Louisiana. They are led by Consuls Alicia Kerber and Rodolfo Quilantán Arenas, the heads of our consulates in Houston and Little Rock, respectively, and include the consulates' head of protection and additional consular staff. They have been instructed to provide legal assistance and support to the Mexicans who were arrested yesterday.

The Foreign Ministry has activated our network of immigration lawyers under the PALE program for those cases where some sort of short-term immigration relief or regularization is possible, and, above all, to ensure an adequate legal defense for each and every one of the Mexicans arrested.

In line with the president’s instructions, the Government of Mexico will safeguard its citizens wherever they may be in the United States. Those who have been repatriated will be assisted by the Interior Ministry, and will receive proposals for jobs, health services and education, if they want and need any of these services.

Lastly, Secretary Marcelo Ebrard said that Mexico has asked the Inter-American Commission on Human Rights (IACHR) to, on its next visit to Mexico on August 15, also visit the detention centers in the United States to guarantee that the same human rights standards exist in Mexico, the other Latin American countries, and the United States, for people arrested in raids such as the one that was carried out in Mississippi.