The presidents of Mexico and Honduras announced in Minatitlán, Veracruz that Mexico would launch the ‘Sowing Life’ and ‘Youths Building the Future’ programs in Honduras as part of the Comprehensive Development Plan (PDI). 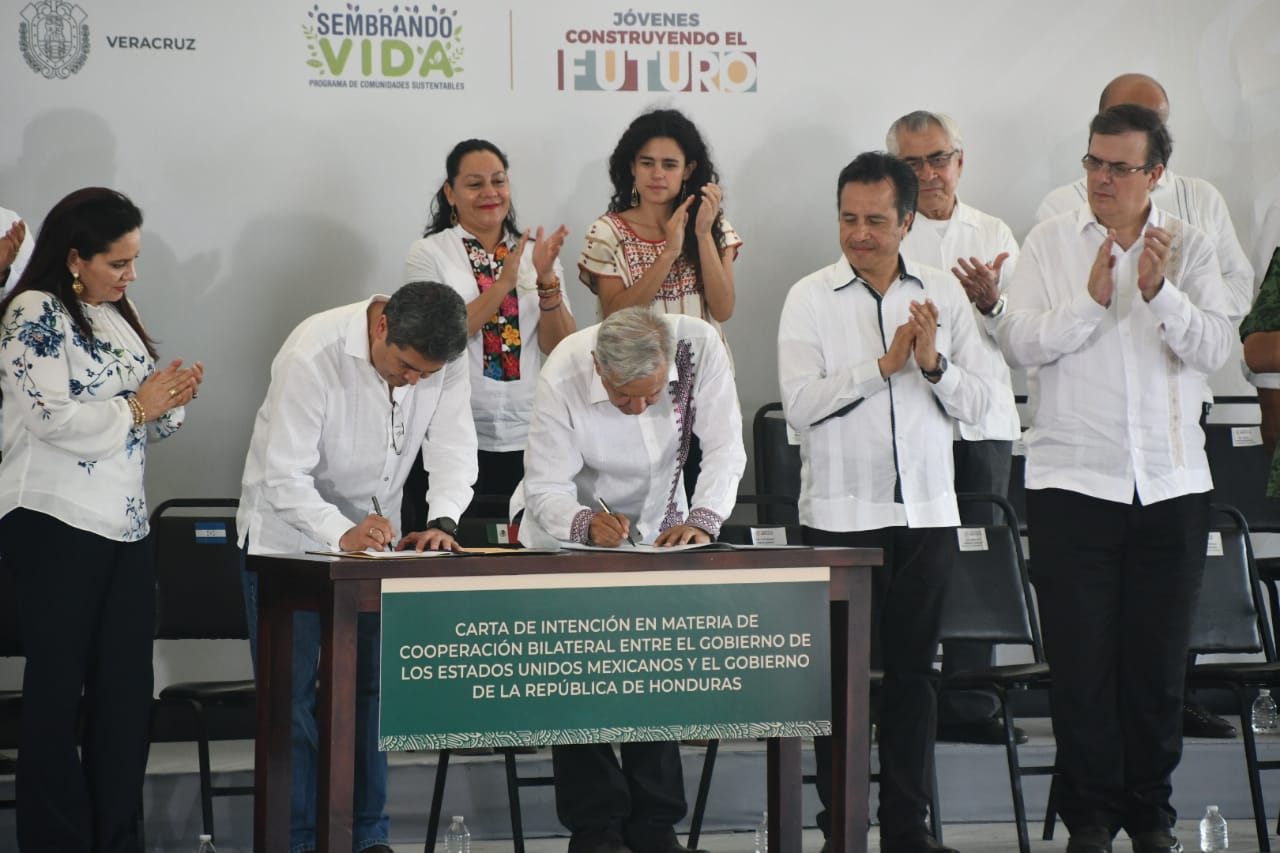 The presidents of Mexico, Andrés Manuel López Obrador, and Honduras, Juan Orlando Hernández, announced today in Minatitlán, Veracruz that Mexico would launch various projects in Honduras as part of the ‘Sowing Life’ and ‘Youths Building the Future’ programs, which are part of the Comprehensive Development Plan (PDI).

The two leaders signed a letter of intent, pledging to international development cooperation, to attacking the causes of poverty, and to achieving greater social integration and well-being for the inhabitants of both countries.

The Mexican government will allocate 30 million dollars from the Yucatan Fund to the ‘Sowing Life,’ ‘Youths Building the Future,’ and other programs for social development.

The "Sowing Life" program increases the well-being of rural communities by creating jobs and contributing to food self-sufficiency and social integration, which helps people remain in their towns.

The programs improve the quality of live of those involved by providing both economic and in-kind support, such as agricultural inputs, tools and fertilizers, and technical experts who will work directly with the program participants.

President López Obrador said that, with these programs, "we are going to compete with crime," adding that government would never again neglect youths.  He also reaffirmed Mexico's commitment to the development of Honduras and the region as a whole as a means of preventing forced migration.

President Hernández invited the president to join him in "calling for a great international coalition for mass job creation in Central America's Northern Triangle" as part of the strategic plan, saying, "We will always be ready to do our part. I know that with your leadership, President López Obrador, we can do this."

The Comprehensive Development Plan is also the framework for the "Youths Building the Future" program, which will assist Honduras by training youths to help them improve their employability and find work in the job market.

Foreign Secretary Marcelo Ebrard said "what President López Obrador has directed: development, opportunities, and well-being, can and will become a reality. It is already a reality in Mexico, and soon will be in Honduras."

By providing this assistance, Mexico reaffirms its belief that economic and social development, and the integration of Mexico's south-southeast with northern Central America, are the best ways of addressing common challenges such as migration.

This meeting was the first between the presidents of Mexico and Honduras, two countries that have worked together closely in recent months on a comprehensive bilateral agenda that addresses priorities such as migration, security, economic and social development, infrastructure and greater prosperity for both nations. 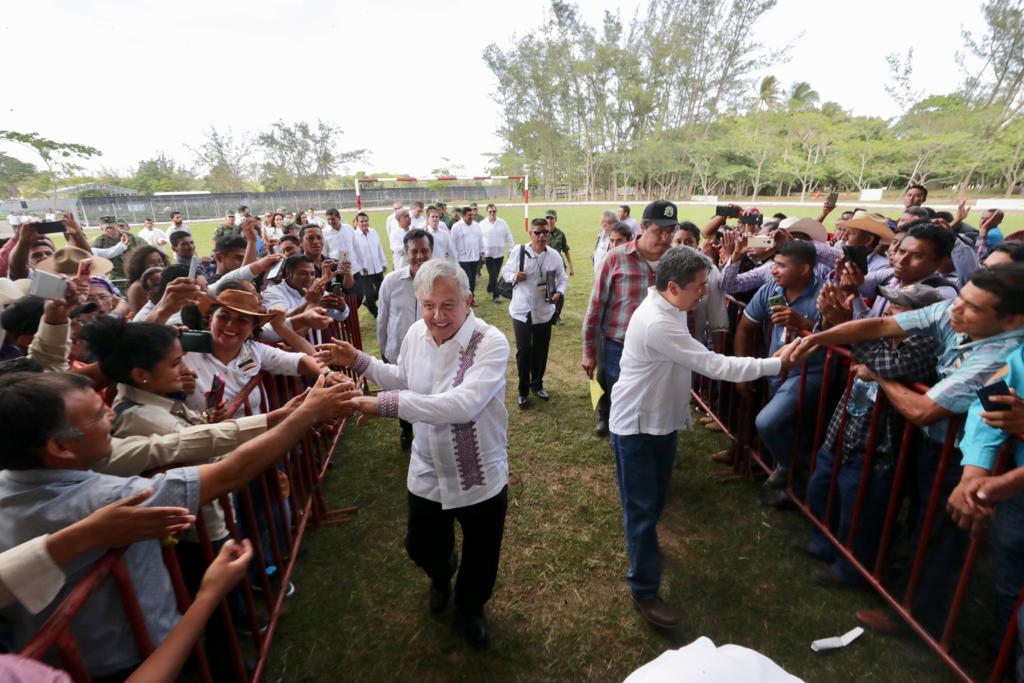 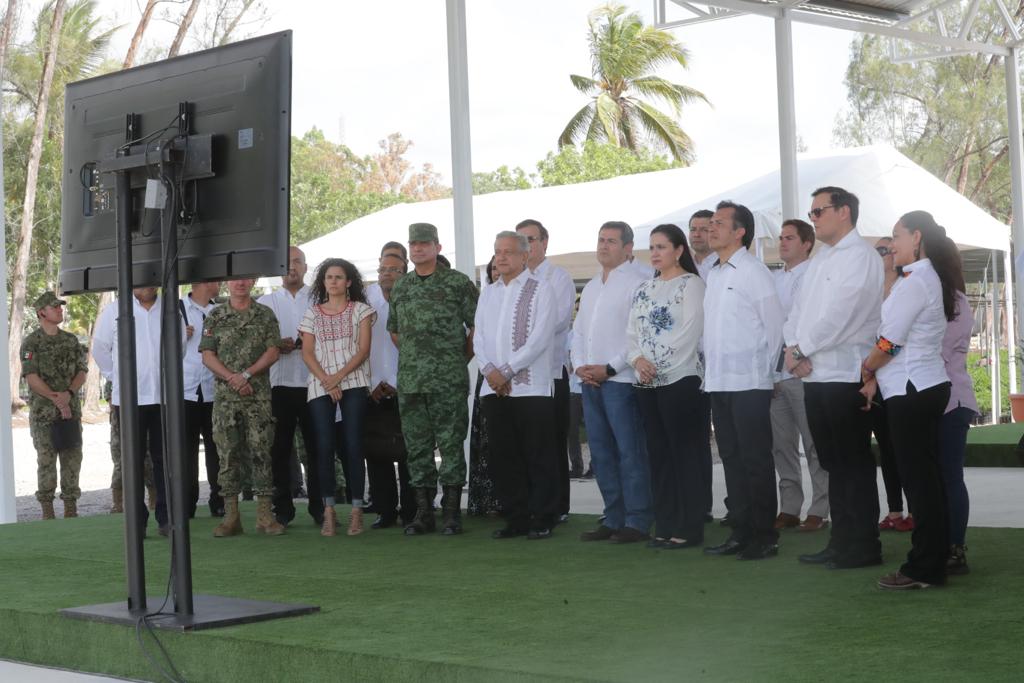 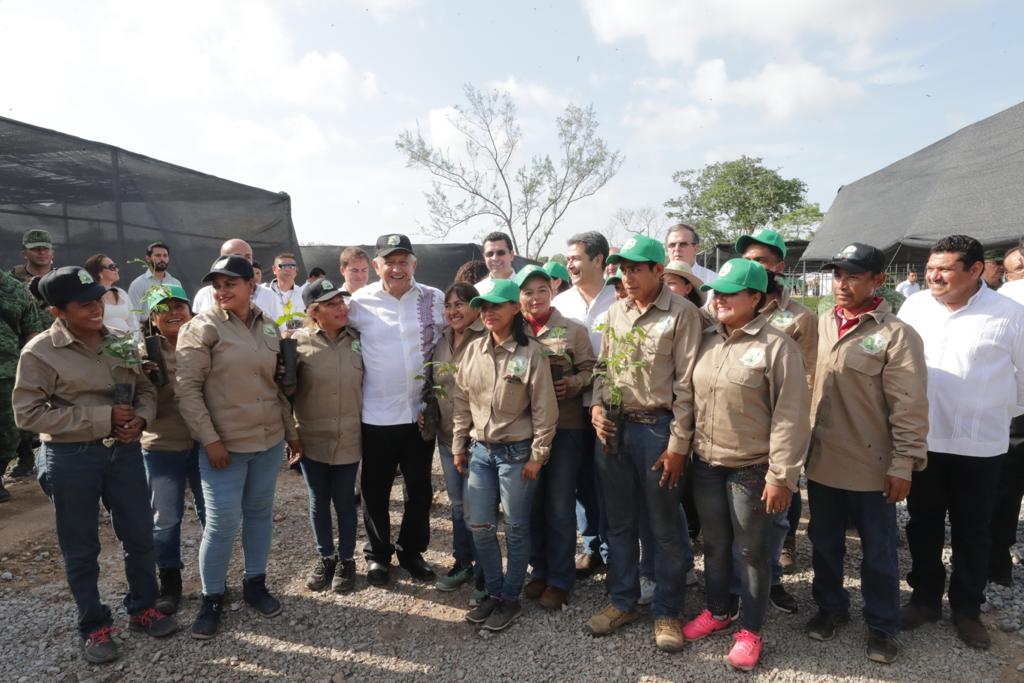 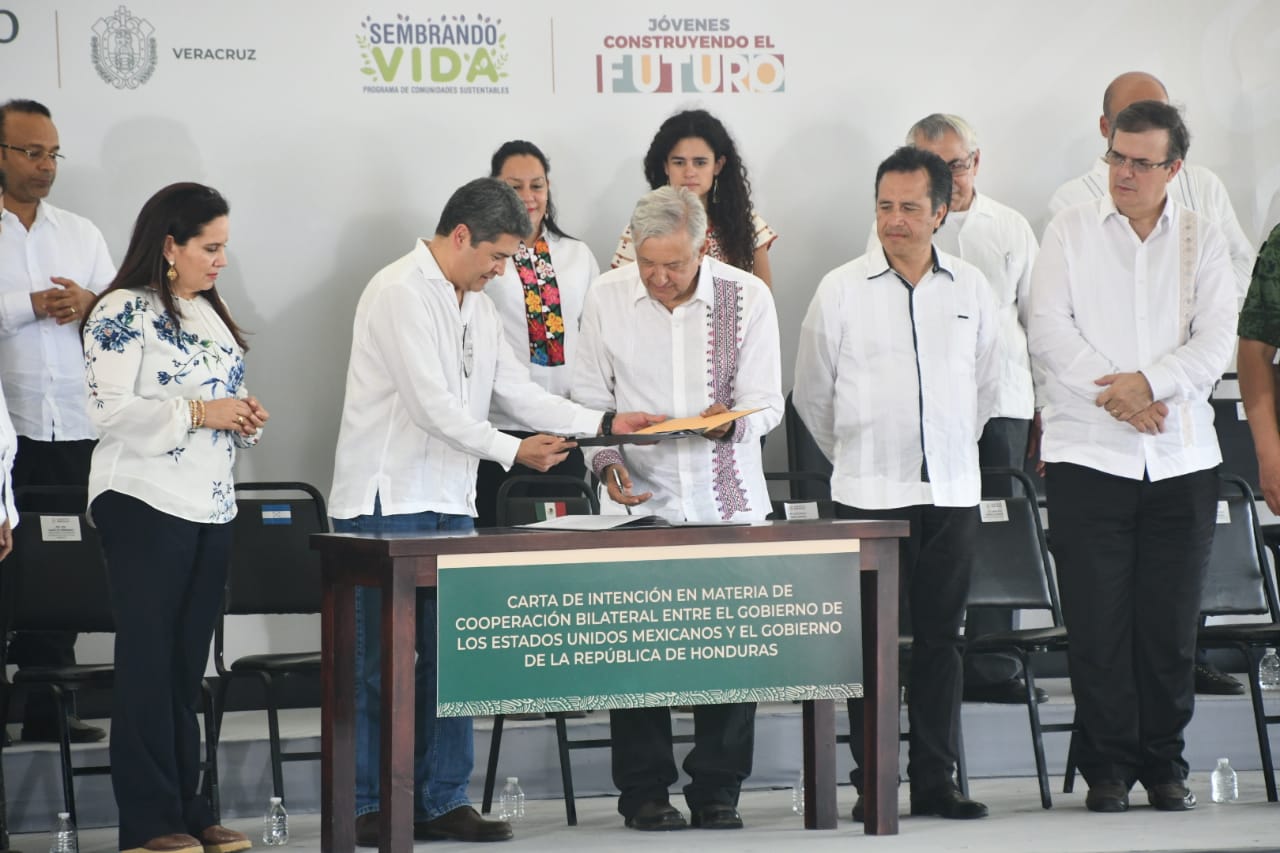 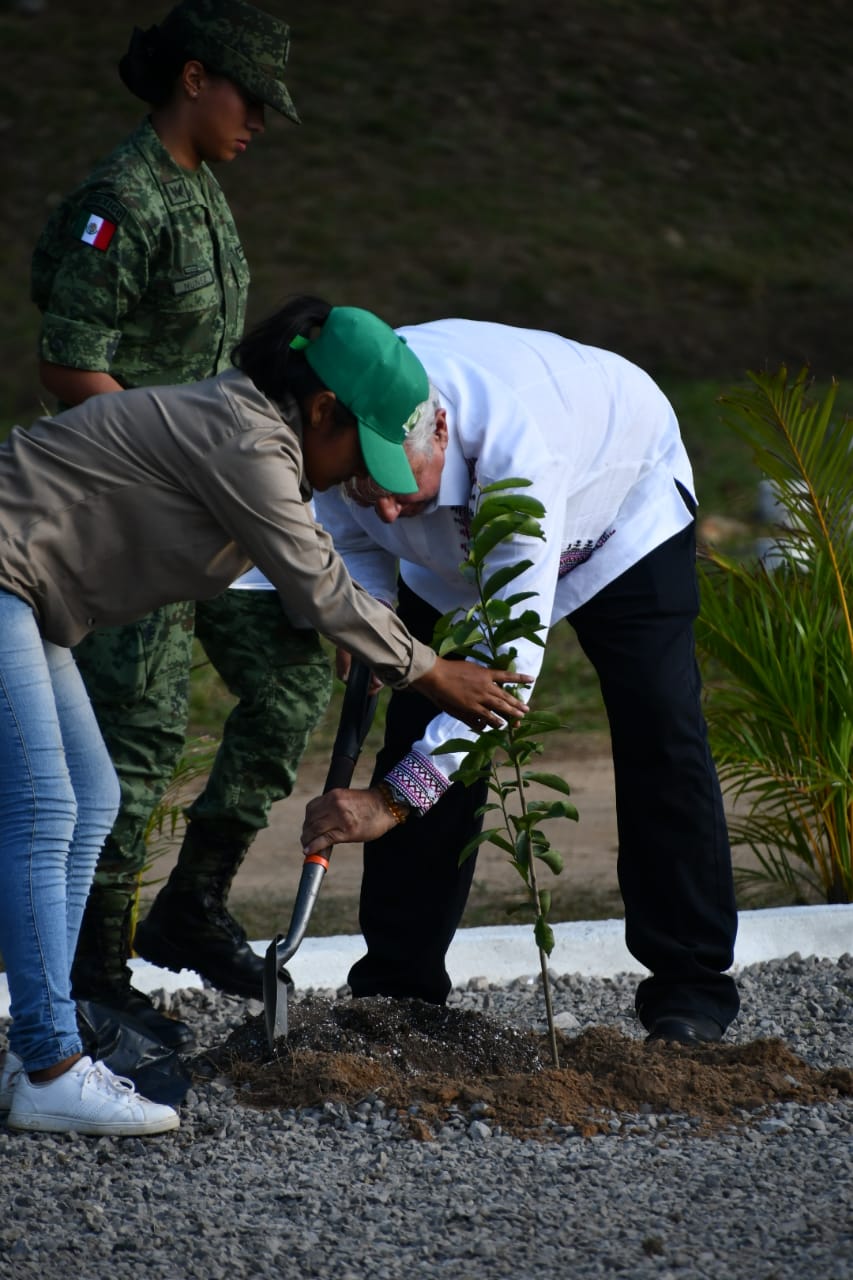 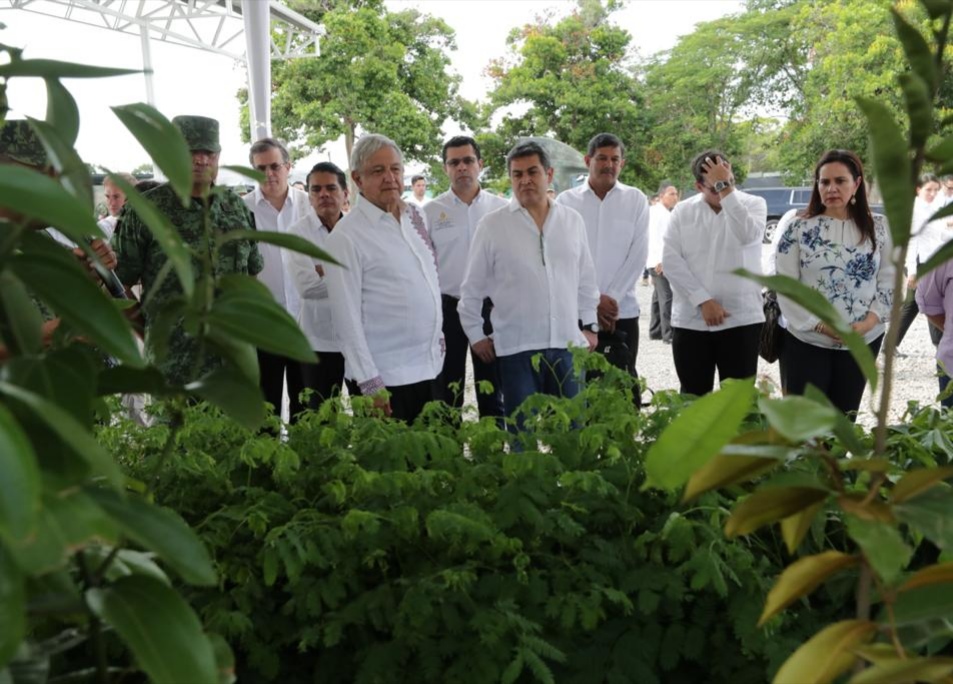 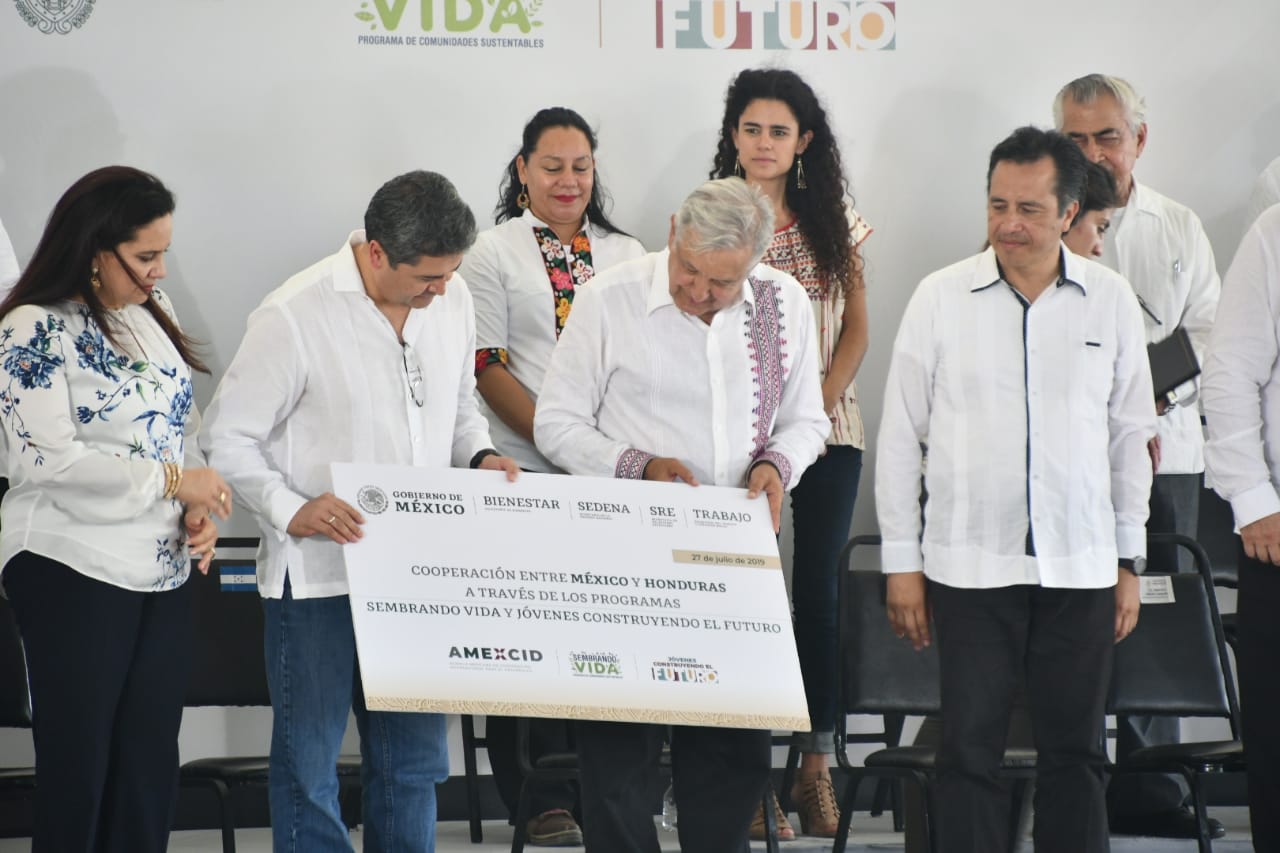