To date, Mexico has contracts for 234 million doses, enough for over 134 million people: Ebrard. 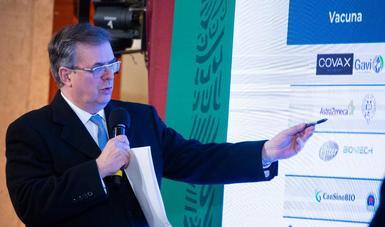 Regarding the AstraZeneca vaccine, Mexico signed an agreement with Argentina and the pharmaceutical company for the fill/finish to be done in Mexico and for part of the shipment to be distributed in Latin America. The Government of Mexico signed a purchase agreement for 77.4 million doses, which will vaccinate over 38 million Mexican men and women. In addition to the agreement between Mexico, Argentina and AstraZeneca, Mexico has reached an agreement with India, one of the world's leading vaccine producers, to sign a contract for two million doses of the vaccine in order to continue the National Vaccination Plan. Thanks to the excellent relationship between Mexico and India, the first shipment of 870,000 doses arrived on February 14.  The date the remaining doses will arrive will be announced in the next few days.

Regarding the CanSino vaccine, a purchase agreement was signed for 35 million doses to vaccinate the same number of people. On February 11, Mexico received enough bulk material for two million doses that is being filled, finished and labeled in Mexico by Drugmex Laboratories in Querétaro. The operation is proceeding with no setbacks.

Regarding the multilateral Covax program, Mexico has purchased 51.5 million doses of the double-dose COVID-19 vaccine for 25.75 million people. Between 1.6 and 2.2 million of the doses will arrive in February and March, with the final dose allotment to be announced in the week of February 22.  In addition, Mexico has a contract for 24 million doses of the Russian Sputnik V vaccine to vaccinate 12 million Mexicans, as well as a contract with the Chinese Sinovac Biotech company for 10 million doses to vaccinate five million people.

Foreign Secretary Ebrard also updated the progress of the Phase 3 clinical trials underway in Mexico. Regarding the U.S. Novavax vaccine candidate, 1,600 volunteers have been recruited to date, of an estimated total of 2,000. The German Curevac vaccine candidate is also in the recruitment stage, with the stated goal of administering 8,000 doses for its study based in Mexico City, Guadalajara, Querétaro and Monterrey. The total number of registered volunteers will be announced this week.  The Phase 3 trials of CanSino and Janssen in Mexico have concluded after recruiting 15,000 and 500 volunteers, respectively.

Foreign Secretary Ebrard highlighted the work of President Andrés Manuel López Obrador with his counterparts in Argentina, the United States and  Russia to ensure that Mexico has had timely access to ventilators and vaccines in the fight against the COVID-19 pandemic. At the ministerial level, Mexico has been in constant contact with the European Union and the Government of Belgium to ensure the delivery of vaccines to Mexico.  In Latin America, our strong relationship with Argentina has led to the joint production of the AstraZeneca vaccine for the region and has facilitated cooperation in sharing information about the Sputnik V vaccine developed by the Gamaleya Research Center, which did its clinical trial in Chile.

Lastly, Foreign Secretary Ebrard reported on the progress of vaccinating the Mexican community in the United States. Mexico's consulates have opened vaccination centers in Chicago, Douglas, Houston, Indianapolis, Kansas City, Las Vegas, Milwaukee, Orlando and San Diego. In addition, vaccinations continue to be administered in centers outside of the consulates in Atlanta, Boise, Dallas, Phoenix, Saint Paul and Tucson, among others. Consular personnel are being vaccinated in Omaha, Dallas, El Paso, Houston, Kansas City, Las Vegas and Saint Paul, and he thanked the U.S. authorities for their support.

The Ministry of Foreign Affairs promotes a foreign policy that benefits the health of all Mexicans and reaffirms its commitment to contribute to universal, timely and equitable access to the COVID-19 vaccine. It also guarantees access to the vaccine to Mexico’s citizens abroad through its consular network. 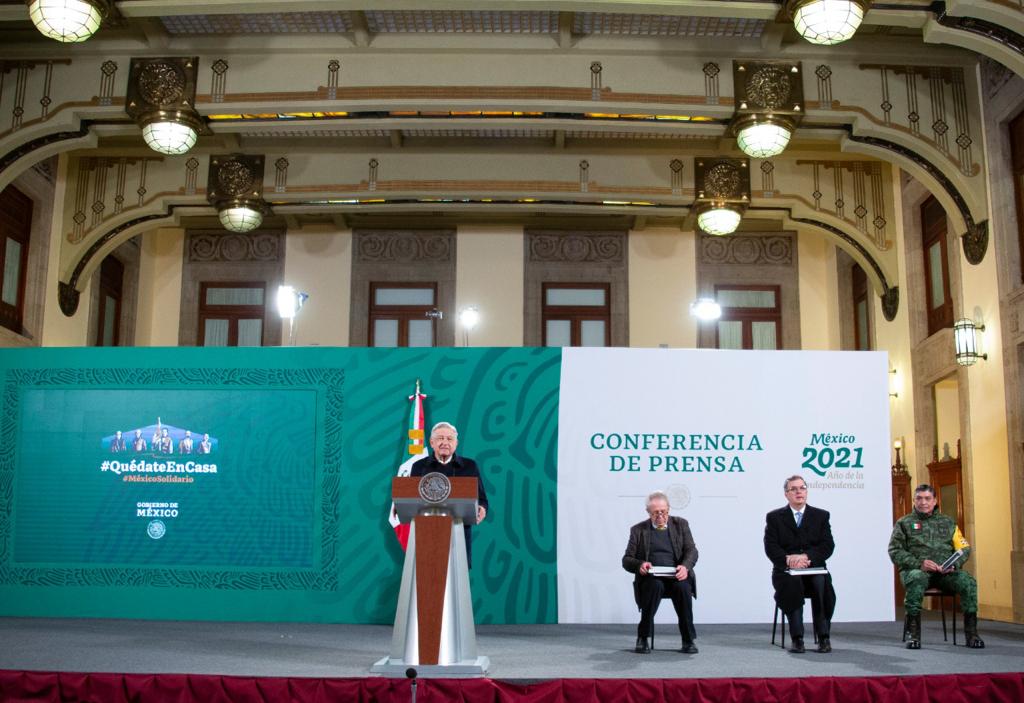 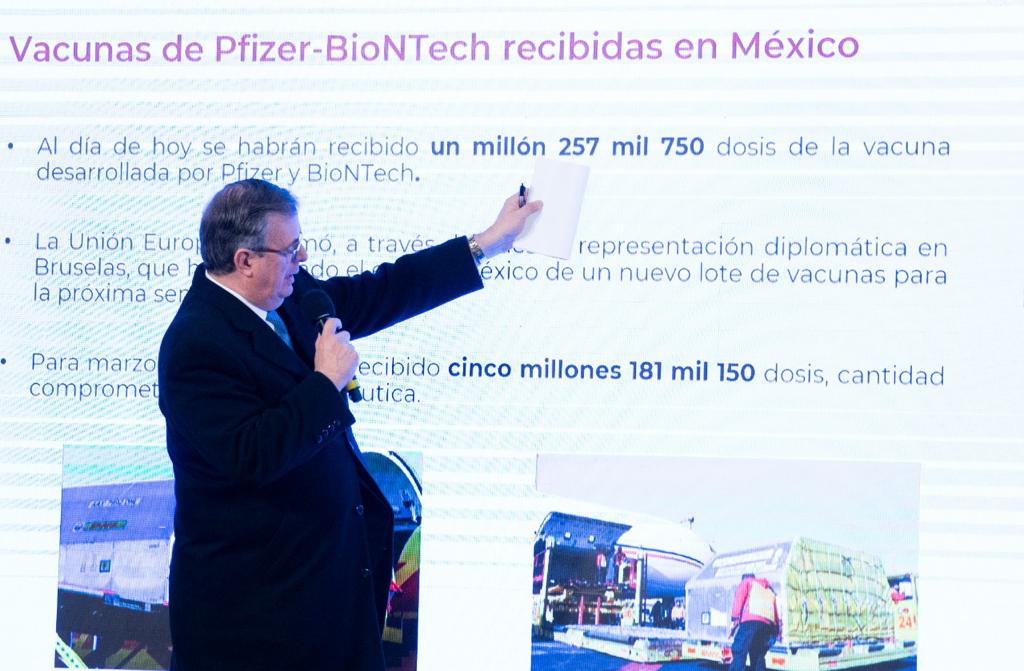 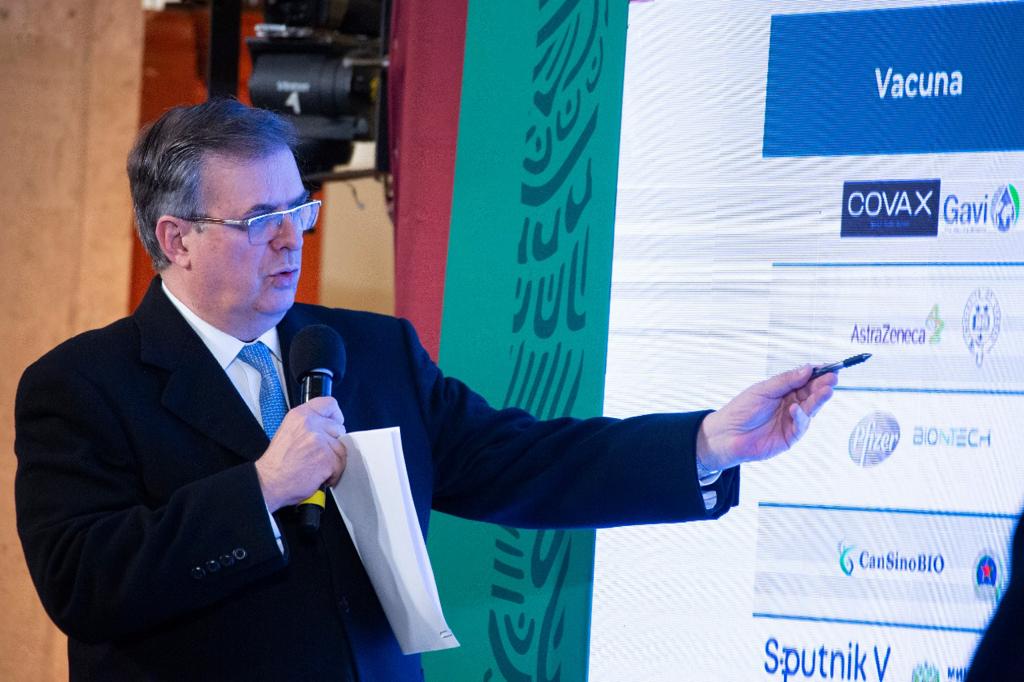