The Foreign Secretary reported that Mexico has secured up to an additional 22 million doses of Sinovac and Sinopharm vaccines from China, which will arrive between March and July. 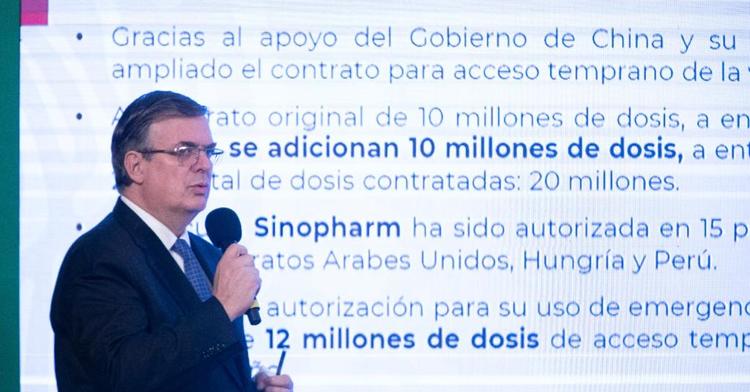 At this morning's press conference led by President Andrés Manuel López Obrador, Foreign Secretary Marcelo Ebrard said that Mexico has secured up to an additional 22 million doses of Sinovac and Sinopharm vaccines from China, which will arrive between March and July. In addition, he reported on the progress of the fill-finish of the CanSino vaccine being done in Mexico and on when the next shipments of vaccines will be arriving in Mexico, which will accelerate the National Vaccination Plan.

Regarding the additional doses of Sinovac and Sinopharm vaccines, the Foreign Secretary said that, thanks to the ongoing conversation between President López Obrador and the Chinese president and the follow-up done by the federal government and the Chinese embassy in Mexico, an additional 10 million doses were added to the contract signed between the Mexican government and the Sinovac pharmaceutical company.  This means that a total of 20 million doses of the Sinovac vaccine will be delivered in the coming months.

The Foreign Secretary also announced that the Chinese government has authorized early access to 12 million doses of the Sinopharm vaccine for Mexico. This vaccine has already been authorized in 15 countries, including Argentina, China, the United Arab Emirates, Hungary and Peru. He said that in the coming days the pharmaceutical company would submit its request for emergency use authorization to the Federal Commission for Protection against Health Risks (Cofepris). If approved, Mexico could complete the purchase and receive the doses between March and June of this year.

Regarding production of the CanSino Biologics vaccine in Mexico, the Foreign Secretary said that the first three batches are already packaged. Approximately one million doses are already being evaluated for quality by the Cofepris Commission for Analytical Control and Expansion of Coverage (CCAyAC) for their subsequent distribution and application in Mexico at the end of March.

Lastly, Foreign Secretary Ebrard announced that, as instructed by the President and with the assistance of local authorities, Mexico's consulates in Atlanta, Denver, Houston, Las Vegas, Los Angeles, Phoenix, Sacramento and Saint Paul are vaccinating the Mexican community in the United States against COVID-19. In addition, a vaccination center was inaugurated at the Consulate General in Sacramento, which serves 24 California counties. He also announced the schedule for vaccinations at Mexican consulates in the U.S. as follows:  Boise, today; Los Angeles, March 14; Atlanta and Salt Lake City, March 20; Las Vegas on March 23, and Sacramento every Monday.

The Ministry of Foreign Affairs reaffirms its commitment to contributing to the universal, timely and equitable access to the COVID-19 vaccine, and to ensuring access to COVID-19 vaccines for its citizens abroad, through its consular network. 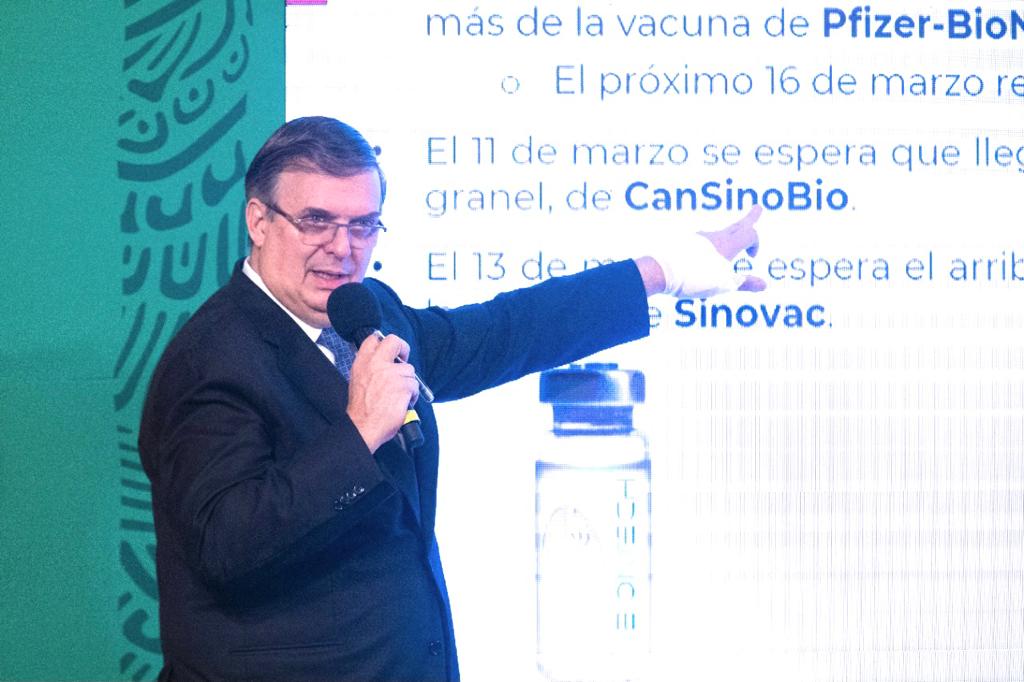 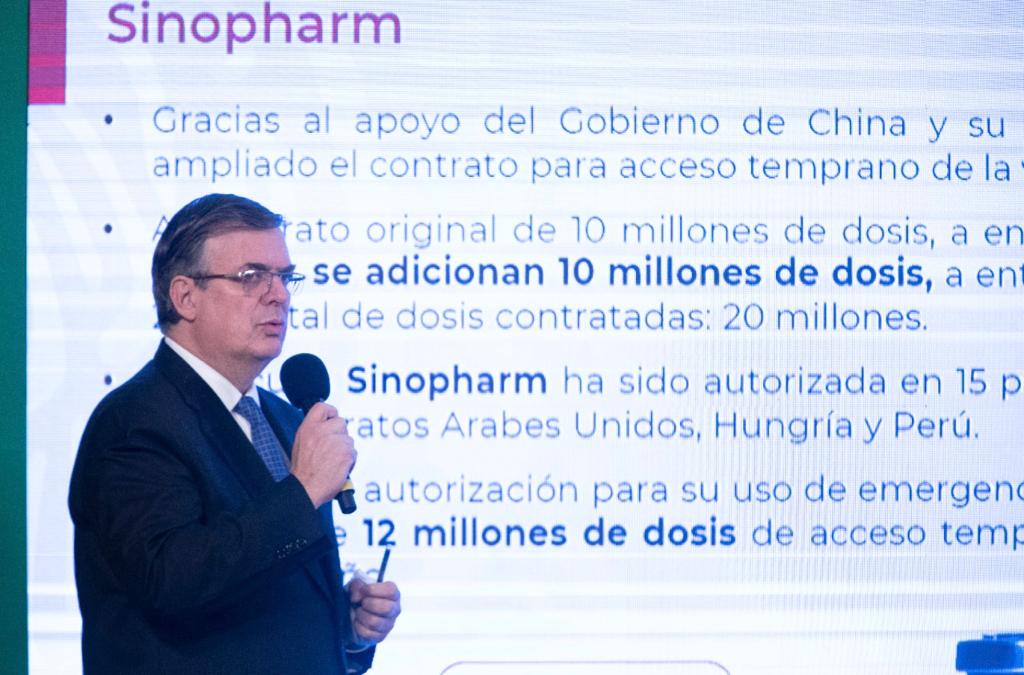