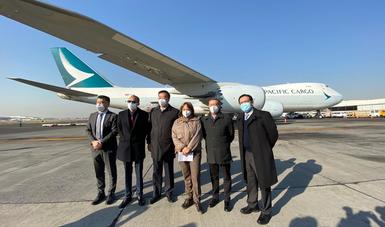 This Saturday, at 8:30 a.m., the Government of Mexico received a first shipment of 200,000 doses of COVID-19 vaccine  manufactured in the People's Republic of China by Sinovac Life Sciences Co., Ltd.

This is the first shipment of a total of 10 million doses that are expected to arrive in Mexico over the coming months. This will enable the National COVID-19 Vaccination Policy to move forward.

The Sinovac vaccine is administered in two doses to achieve full immunization against COVID-19. The total amount purchased will fully vaccinate five million people.  The Federal Commission for the Protection against Health Risks (Cofepris) authorized the vaccine for emergency use in Mexico on February 9.

Sixty-two members of the Mexican Army and AICM personnel participated in the logistics, transfer and security of the shipment.

The Undersecretary for Multilateral Affairs and Human Rights of the Foreign Ministry, Martha Delgado, received the vaccines, noting that Mexico is the only country in the world able to receive two Chinese vaccines: one made by Sinovac Life Sciences Co., Ltd and the other by CanSino Biologics Inc.

This is due to the excellent spirit of cooperation established between our country and the People's Republic of China, which has shown its solidarity since the beginning of the pandemic by setting up an air bridge between Shanghai and Mexico for personal protective equipment, diagnostic tests and ventilators.

"Mexico has worked hard to ensure that this vaccine is used in our country just as is happening in nations such as China, Chile, Brazil and Colombia," she said.  The Sinovac vaccine is the fifth vaccine to receive authorization for emergency use in Mexico from Cofepris.

Approval of this vaccine in Mexico took into account the test results from other countries, particularly Chile, with which Mexico established a binational relationship to exchange information on the vaccine.  These dynamics of international cooperation have been very important for bringing ever greater quantities of vaccines to Mexico.

The Director General of the Institute of Social Security and Services for State Workers (Issste), Luis Antonio Ramírez Pineda, said that President Andrés Manuel López Obrador had instructed representatives from the government agencies involved in the country’s vaccination process to be present when the first shipment of COVID-19 vaccines arrived from China.

Arrival of the first batch of Sinovac vaccines “makes us very happy because it will allow us to continue vaccinating older adults without interruption. Then we can continue with the process that has such demand in the general population,” he said, expressing his appreciation to the Chinese government.

In the next few days, vaccines will also be arriving from Russia (Sputnik V) and from Pfizer, and so on, every week to continue administering the vaccinations in stages.

The Director General of Laboratorios de Biológicos y Reactivos de México SA de CV, (Birmex), Pedro Zenteno Santaella, said it was gratifying to receive this first batch of vaccines, an advance on the million doses that will arrive in Mexico in the coming week for their immediate use.

He applauded the inter-institutional work that has allowed the fight against COVID-19 to continue, and the timely efforts of the Foreign Ministry that ensured the acquisition of various vaccines.

The Chinese ambassador to Mexico, Zhu Qingqiao, highlighted the cooperation between both nations as a vitally important task in the fight against the SARS-CoV-2 virus, saying the delivery of the vaccines to Mexico is a sign that "the peoples of China and Mexico are as close as brothers."

The diplomat noted that COVID-19 knows no borders and all humanity shares the same future. For international society, solidarity and cooperation are the only way to fight the pandemic and China calls for making the vaccines accessible and affordable public goods for everyone, worldwide. "Vaccines truly for all peoples," he commented.

China has helped 53 developing countries acquire vaccines, and has offered 10 million doses through the Covax mechanism of the World Health Organization (WHO). It is also exporting the vaccine to 22 countries.

These actions, he said, have been taken to promote both the fair distribution of vaccines and international cooperation in the fight against the pandemic, putting the lives and health of all peoples above all else.

Between December 23, when the Government of Mexico received the first shipment of vaccines, and February 20, nine shipments have arrived in Mexico on 13 flights, as follows:

Mexico has also received three bulk shipments with active ingredient for its final fill/finish, as follows: 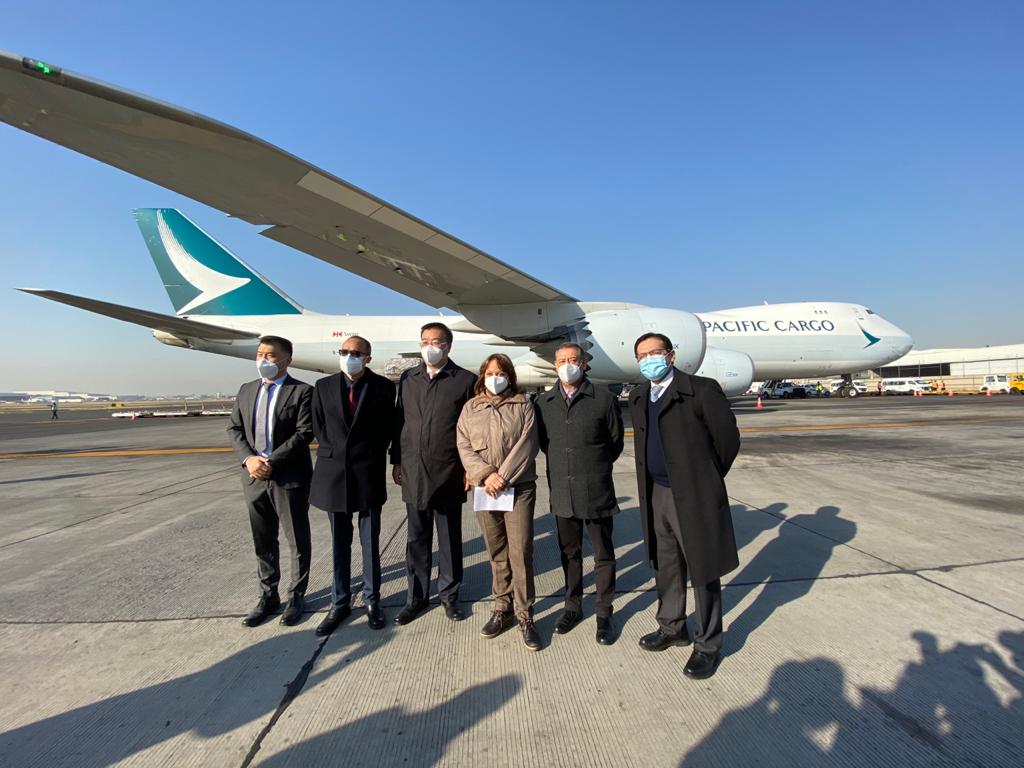 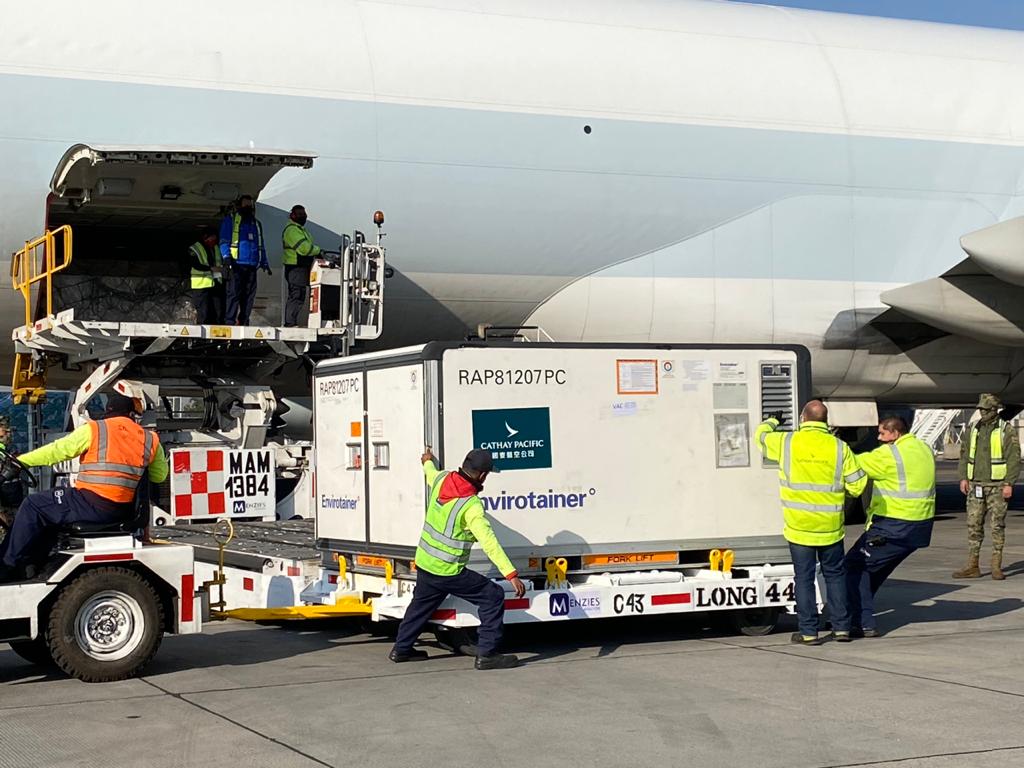