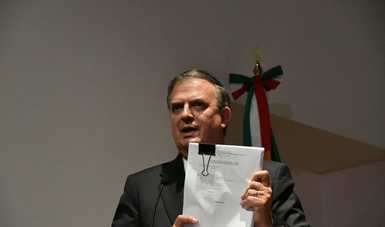 During the presentation, the panel discussed the negligent actions of gun makers and distributors, which promote access to high-powered weapons such as those used in mass attacks and violent incidents in Mexico. Criminal organizations on both sides of the border buy thousands of pistols, rifles and assault weapons, in addition to ammunition, in supermarkets, online, at gun shows and from traffickers, which are used to commit illegal acts in Mexico.

Therefore, the Mexican government found it necessary to initiate a feasible legal action in the United States against the companies manufacturing the guns that are so intimately linked to the violence that our country is living through today.

The Government of Mexico is respectful of the rights and freedoms granted by the laws of other countries. The lawsuit does not question the right to sell arms in another country, but rather charges that certain negligent business practices have caused harm in Mexico.

Within this context, Foreign Secretary Ebrard said that today Mexico filed a civil lawsuit for damages, "so that the companies compensate the Government of Mexico for the harm caused by their negligent practices." He indicated that the amount would be determined during the trial.

The Secretary emphasized that the companies must "develop and implement reasonable and verifiable standards to monitor and, where appropriate, discipline their distributors." He added that they must also incorporate security features into their guns to prevent them from being used by unauthorized persons or criminals; that they must pay for studies, programs, media campaigns and related activities aimed at combating illicit trafficking; and that the companies must immediately cease the negligent practices that cause harm and lead to deaths in Mexico.

The central argument of the lawsuit is that, for decades, the companies named in the action have known that the guns they sell are trafficked and used in illicit activities in Mexico, including in attacks against authorities. While aware of the use given to their guns in Mexico, the companies promote their sale to the general public, highlighting their military characteristics, allowing a single buyer to purchase multiple weapons and facilitating sales between individuals, while no background checks are done of the buyer or the origin of the gun itself.

In his remarks, Senator Ricardo Monreal stressed the fact that "many of our problems of violence are caused by the use and illegal introduction of guns into our country." He noted that a few weeks ago Congress presented a Sense of the Congress resolution on guns that was approved unanimously. It "asks the Foreign Ministry to take action against this evil, because it has led to increased violence and has armed the cartels and criminal groups that not only traffic in drugs but also commit kidnappings, assassinations, homicides and many other crimes.”

The Foreign Ministry's Legal Adviser, Alejandro Celorio, made it clear that the lawsuit is not being brought against the United States Government. "We acknowledge its efforts and desire to try to stop illicit trafficking, as well as its conviction about establishing regulations," but this has not been enough to prevent the trafficking of high-powered weapons to Mexico.

María De Haas stressed that arms trafficking "is the systemic antagonism that is having multidimensional effects in the region," since the violence caused by the criminals' increased firepower drives migration in Central America. That same firepower is also used to protect illegal goods such as chemical precursors and synthetic opioids, of which the most serious is fentanyl. She said that "arms trafficking must be seen as the most worrying catalyst of threats in this century."

Lastly, Steve Shadowen of Hilliard & Shadowen said that this is a strategic lawsuit to bring attention to what has not been done regarding arms trafficking. It is worth highlighting the areas of opportunity, such as the responsibility of gun manufacturers  and distributors, since they "have real-time information and data on who is buying the guns and where."

The Government of Mexico will be represented by the attorney Steve Shadowen, expert in tort, product liability and industry-reform cases. Likewise, it will be represented by Jonathan Lowy, Chief Counsel for Brady, a leading gun violence prevention organization with 45 years experience; he has represented victims, organizations and government entities harmed by gun violence, including victims of mass shootings at the Gilroy Garlic festival, Dayton, Ohio, the Las Vegas music festival, the Washington, DC sniper shootings, the National Association for the Advancement of Colored People (NAACP), and many cities including Boston, New York, and Los Angeles.

Mexico's lawsuit against the negligent sale of guns in the United States and the arms trafficking to Mexico is an initiative based on trust in the institutions of both nations. The purpose is to combat a regional problem of great magnitude that claims many human lives. It adds to the many efforts Mexico is making to combat illicit arms trafficking.

With this action, unprecedented in the history of our foreign policy, the Government of Mexico is addressing the challenges and complexities posed by the 21st century, and intensifying its consideration of all of the options and opportunities its membership in the international system gives it. 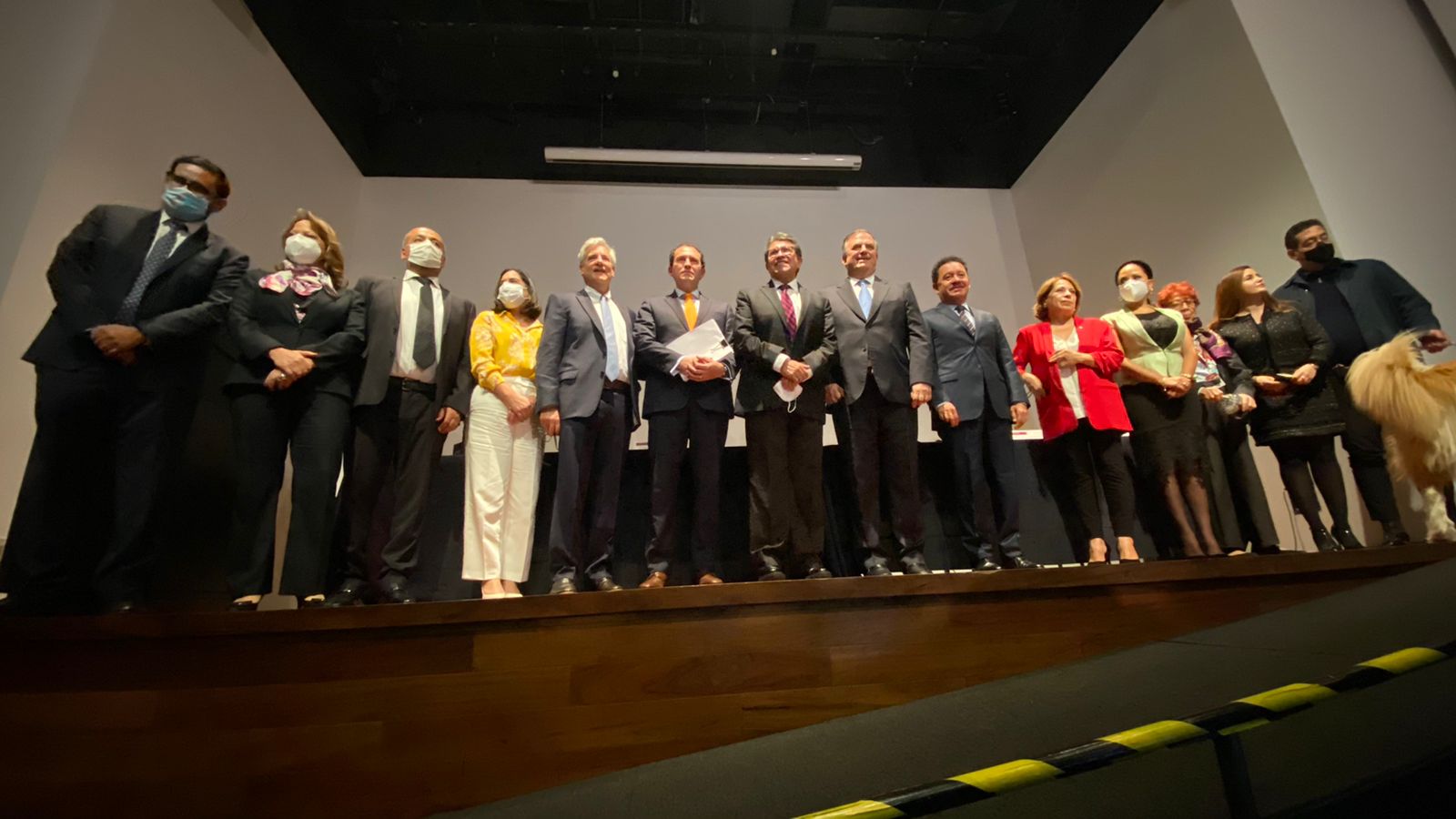 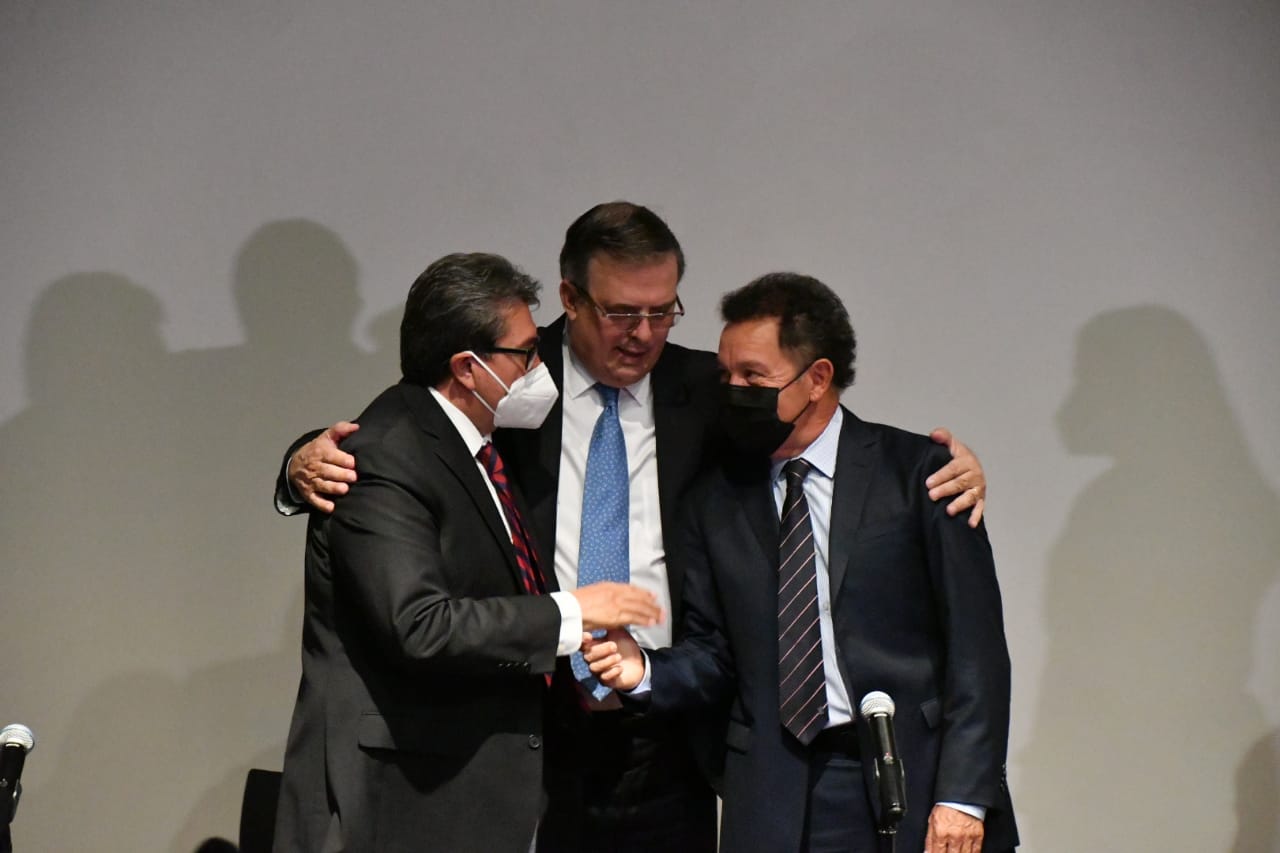 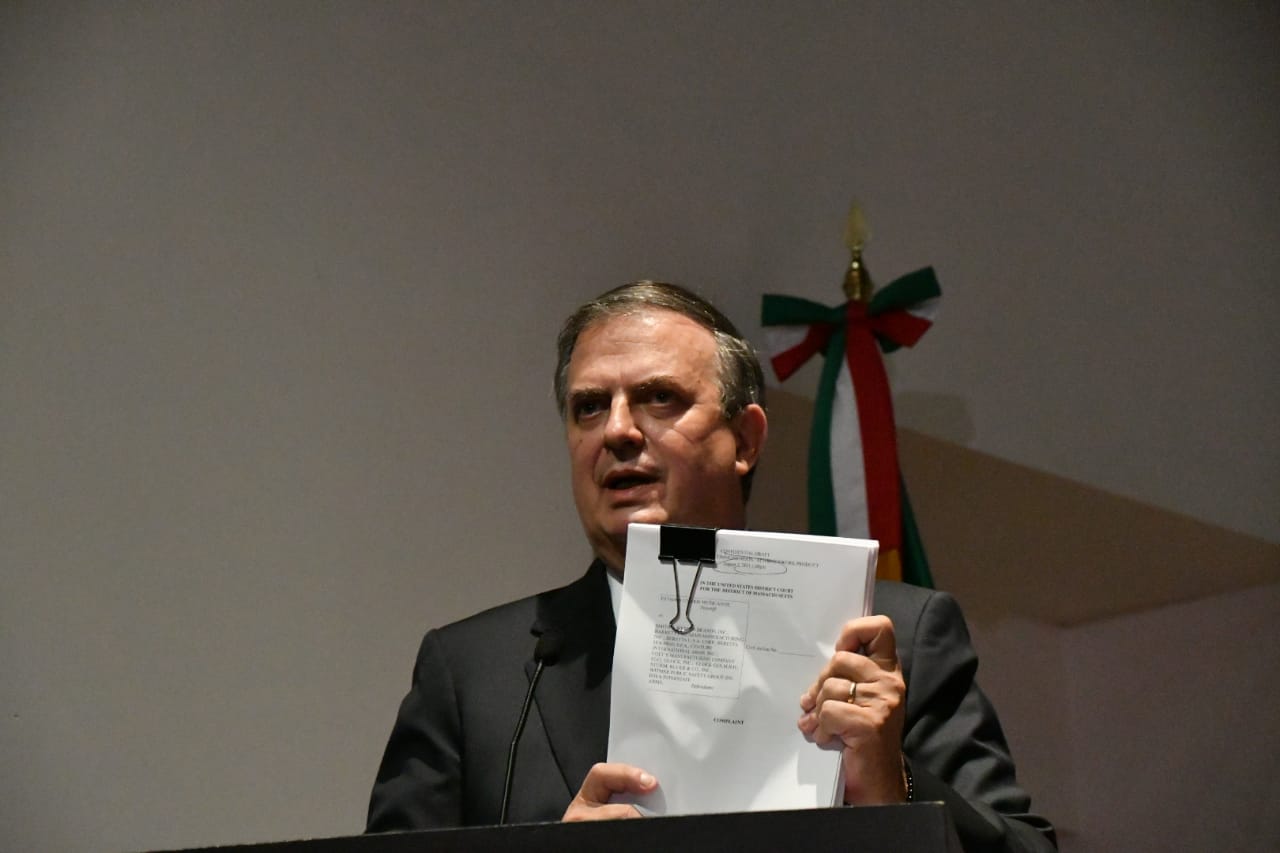 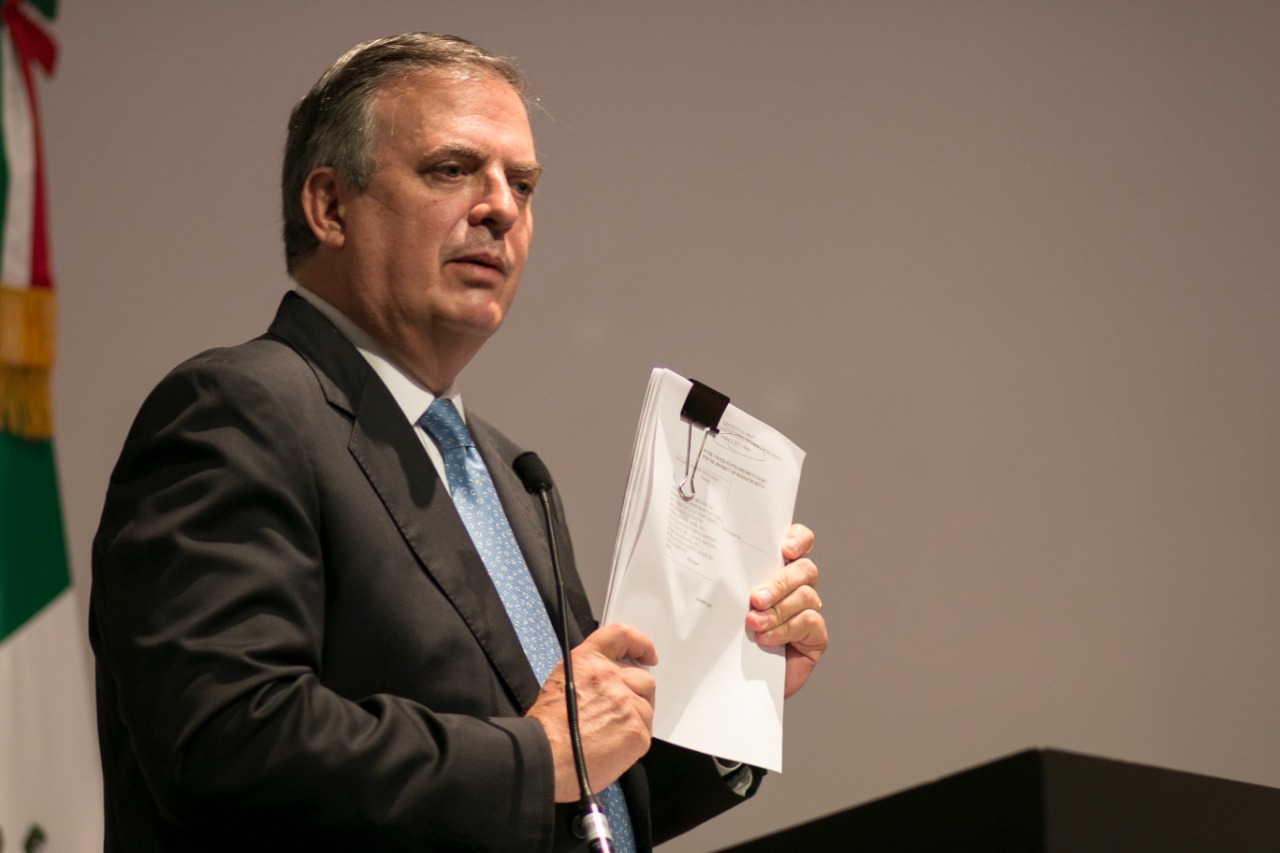 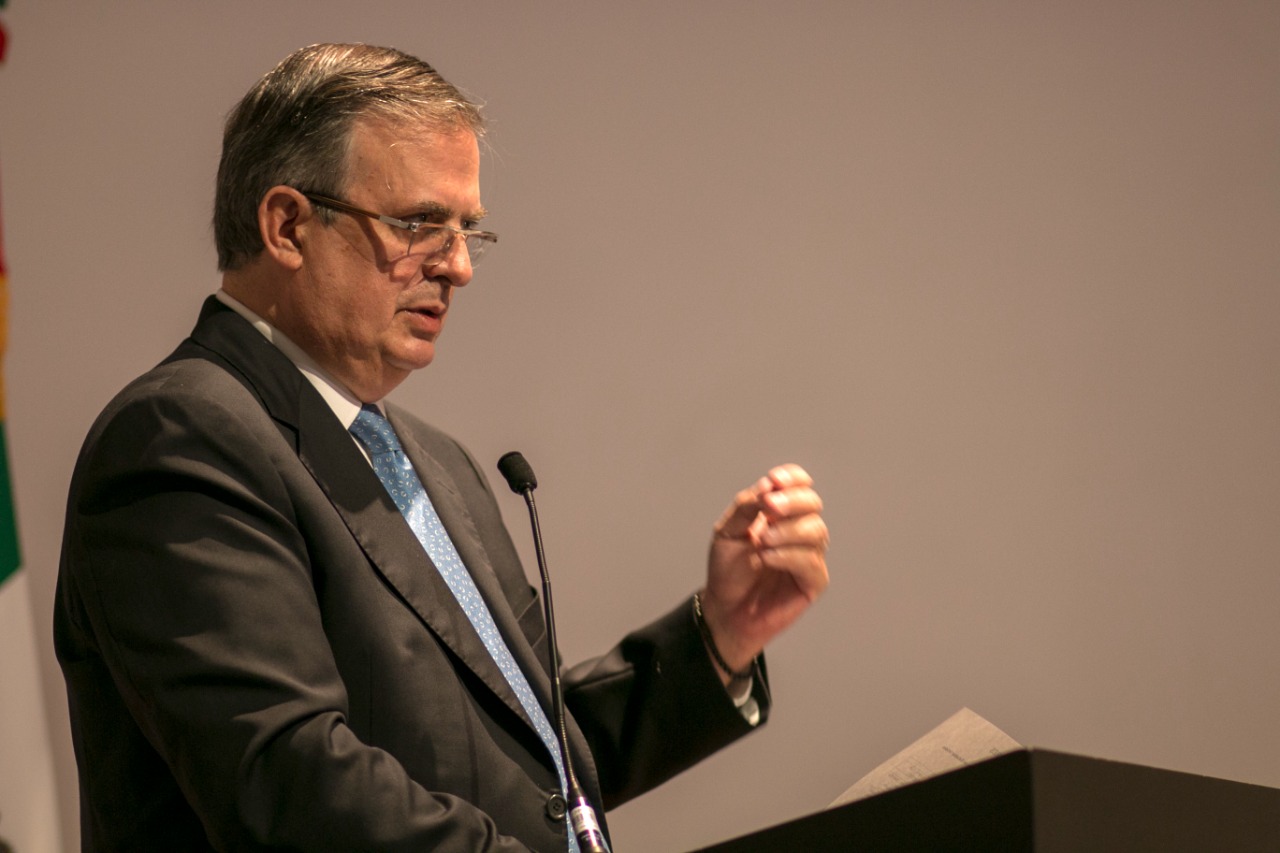 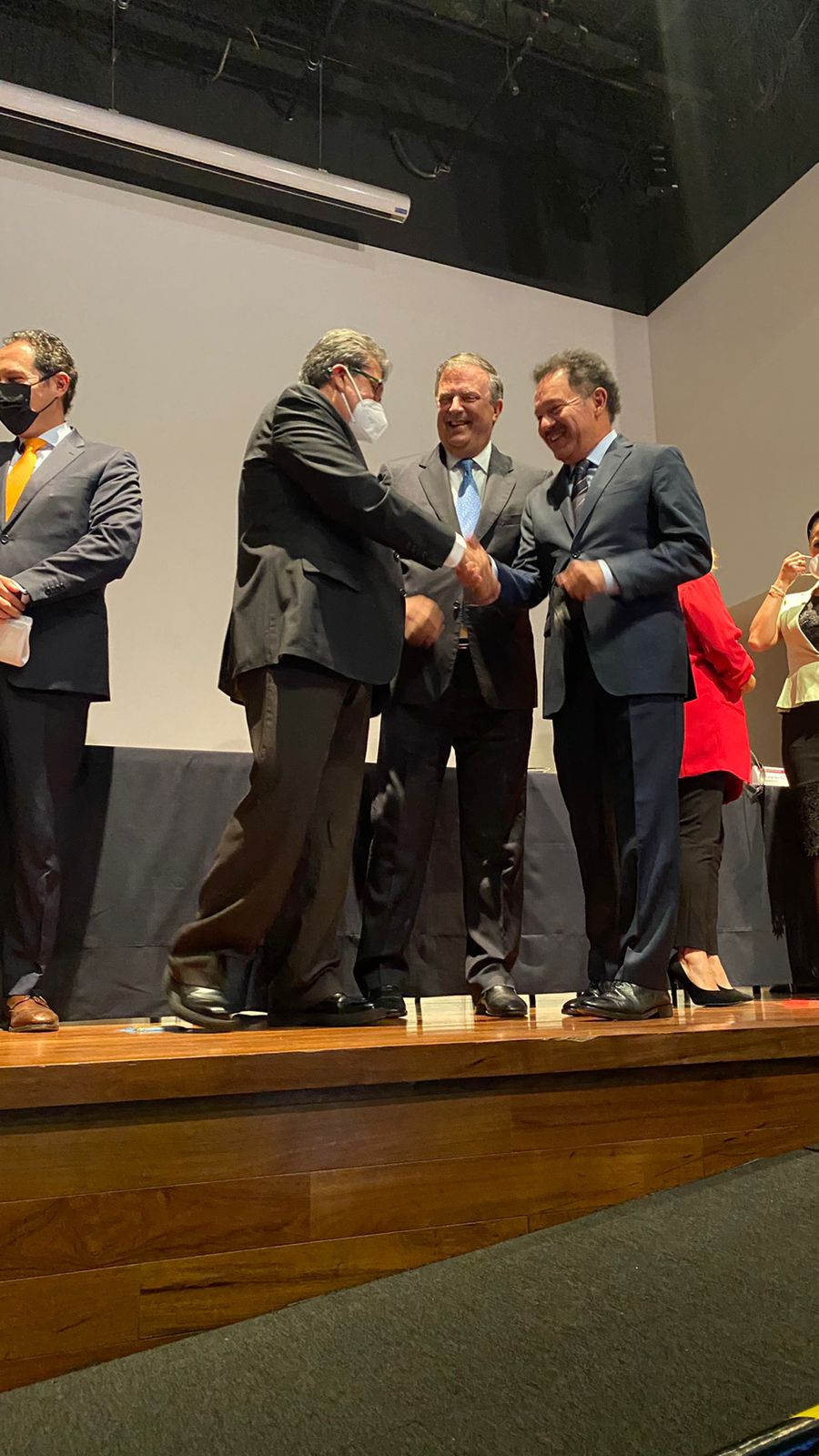 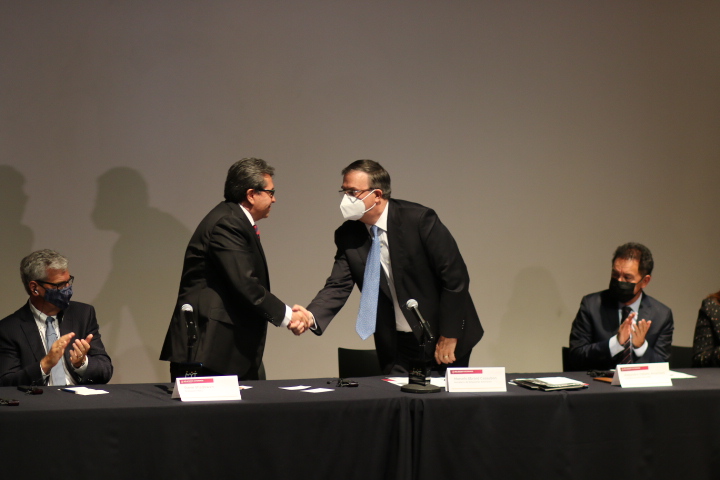 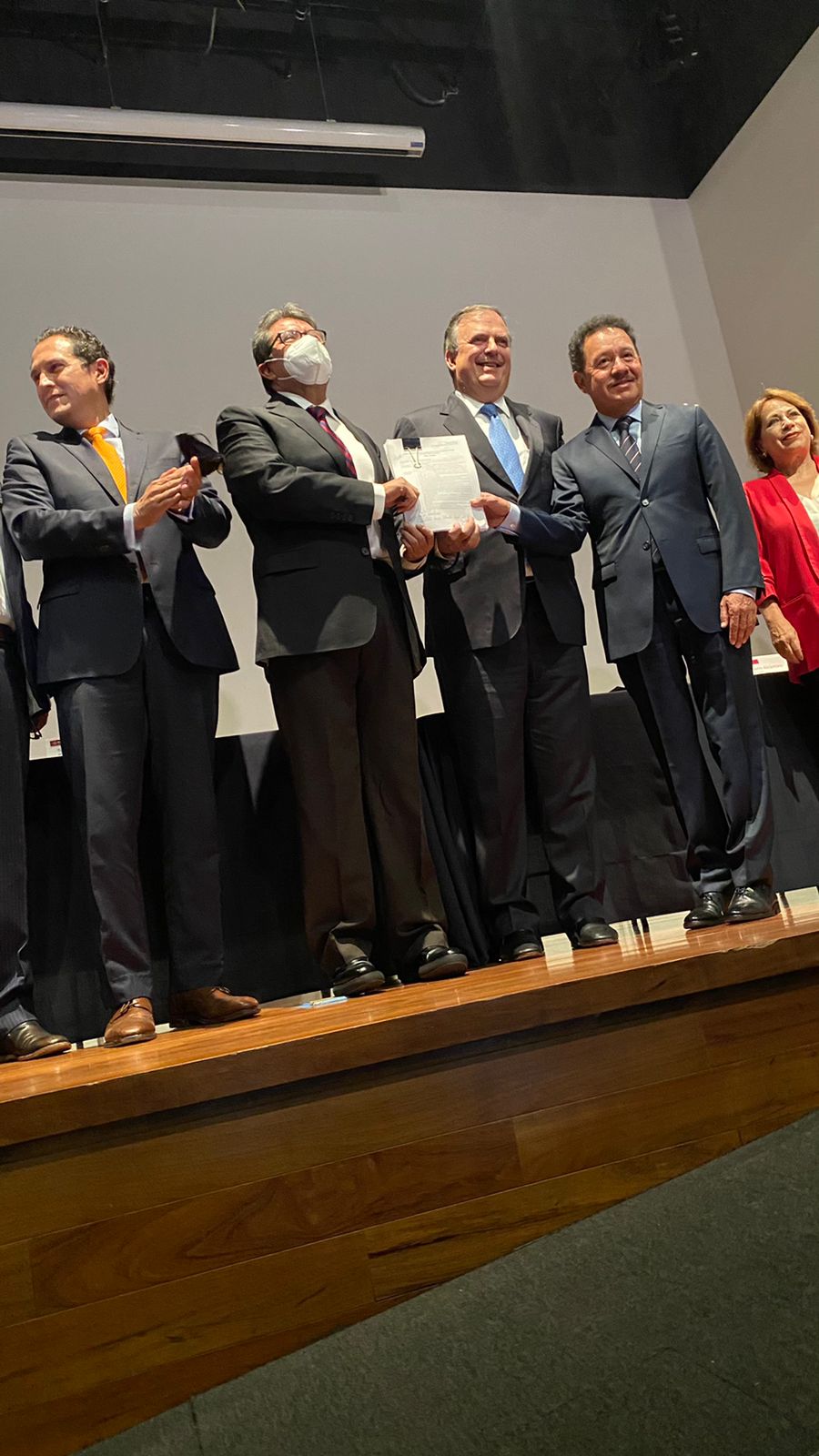 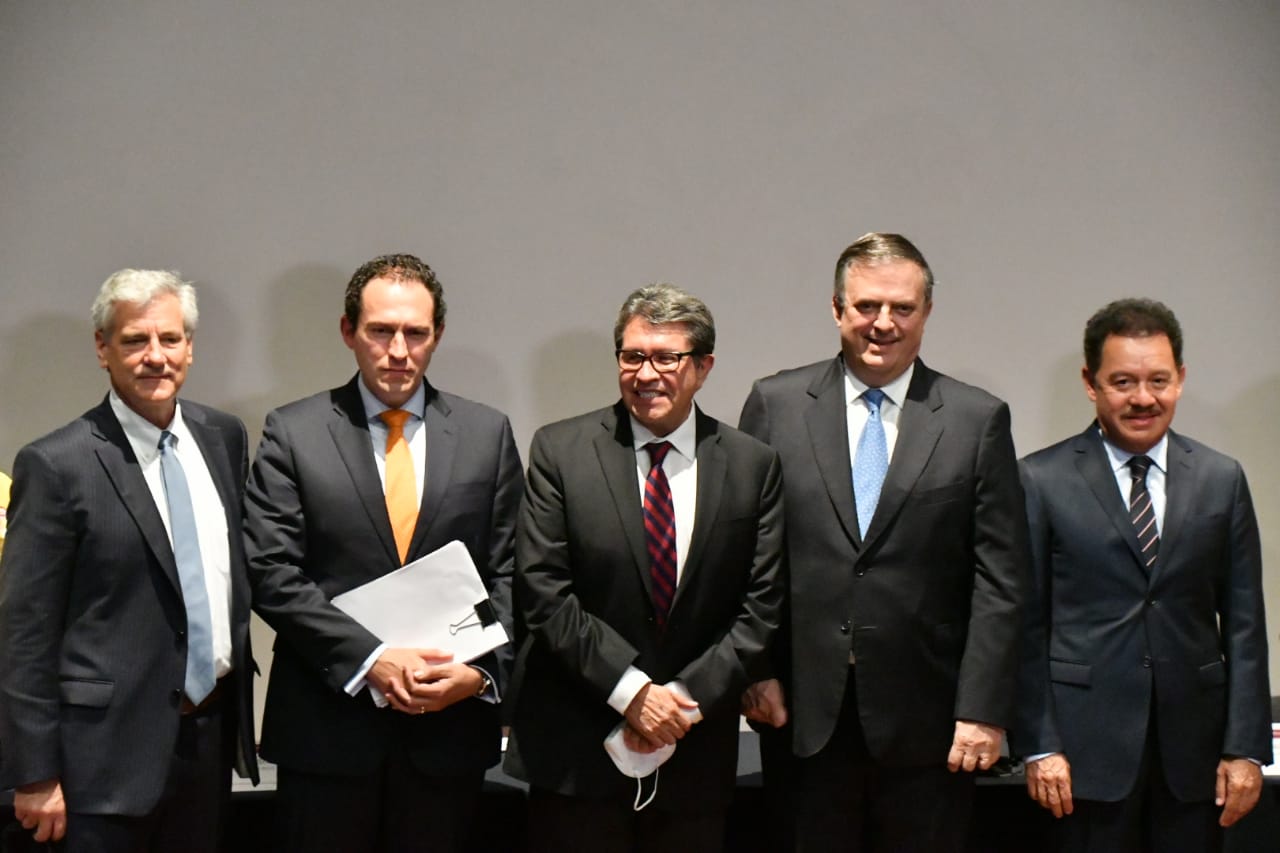 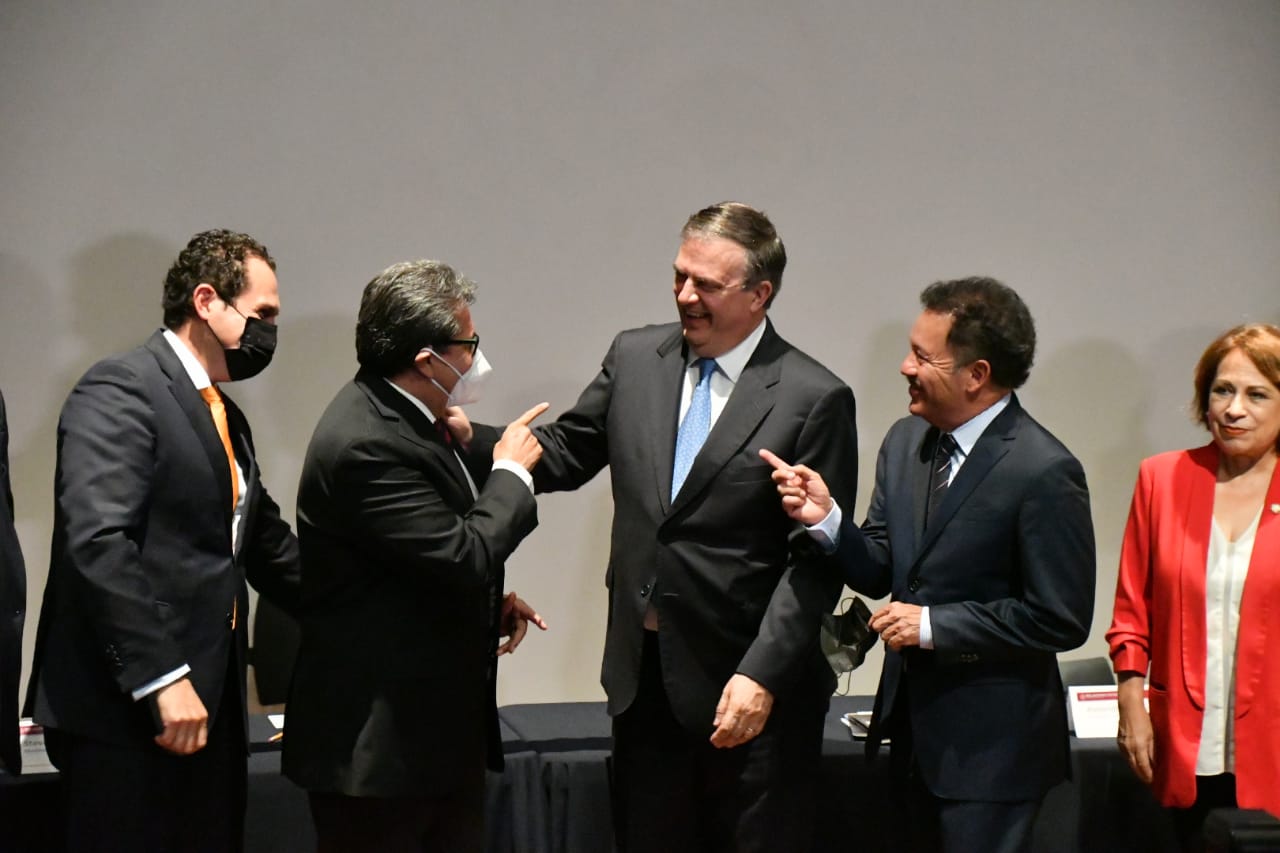 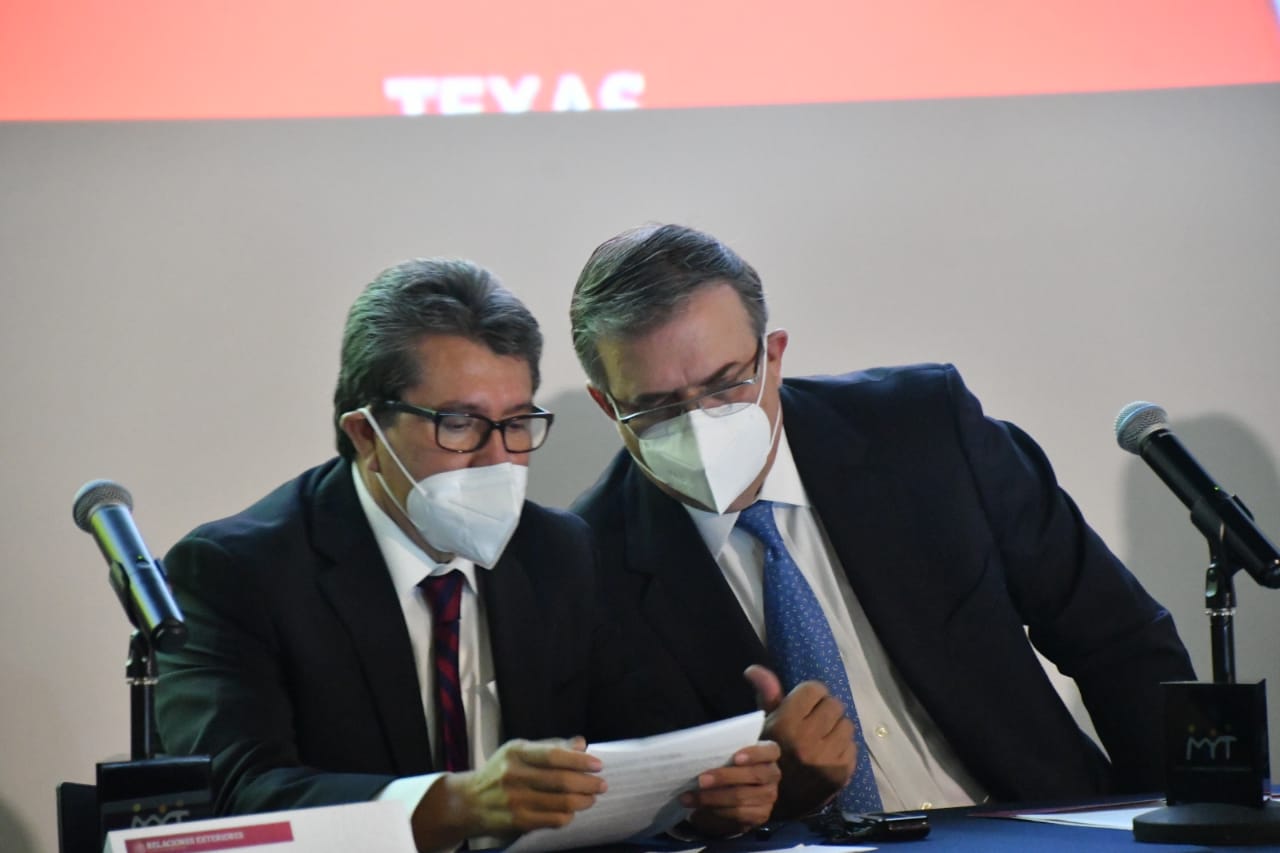 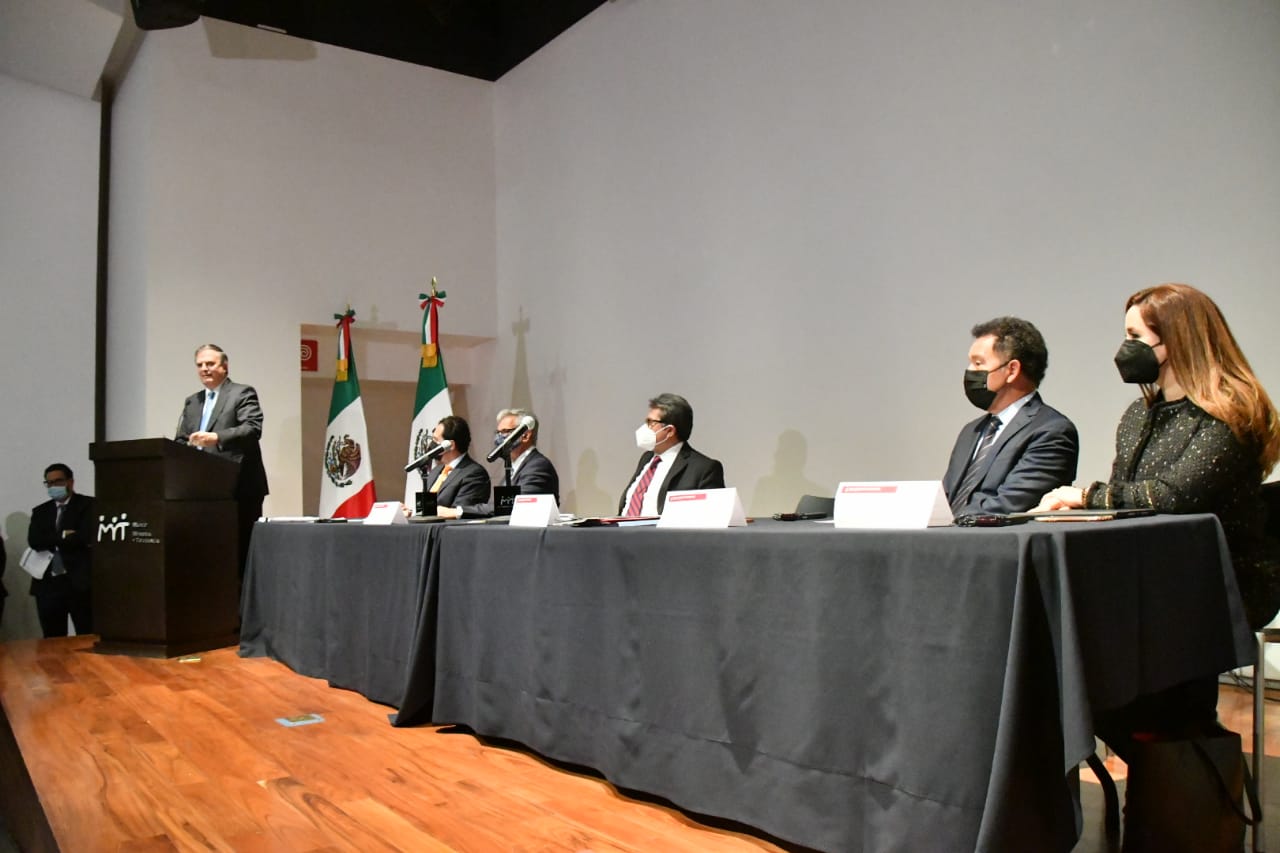 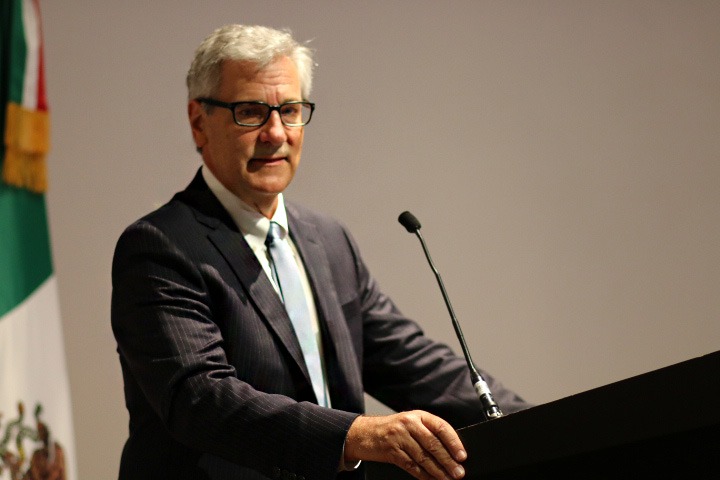 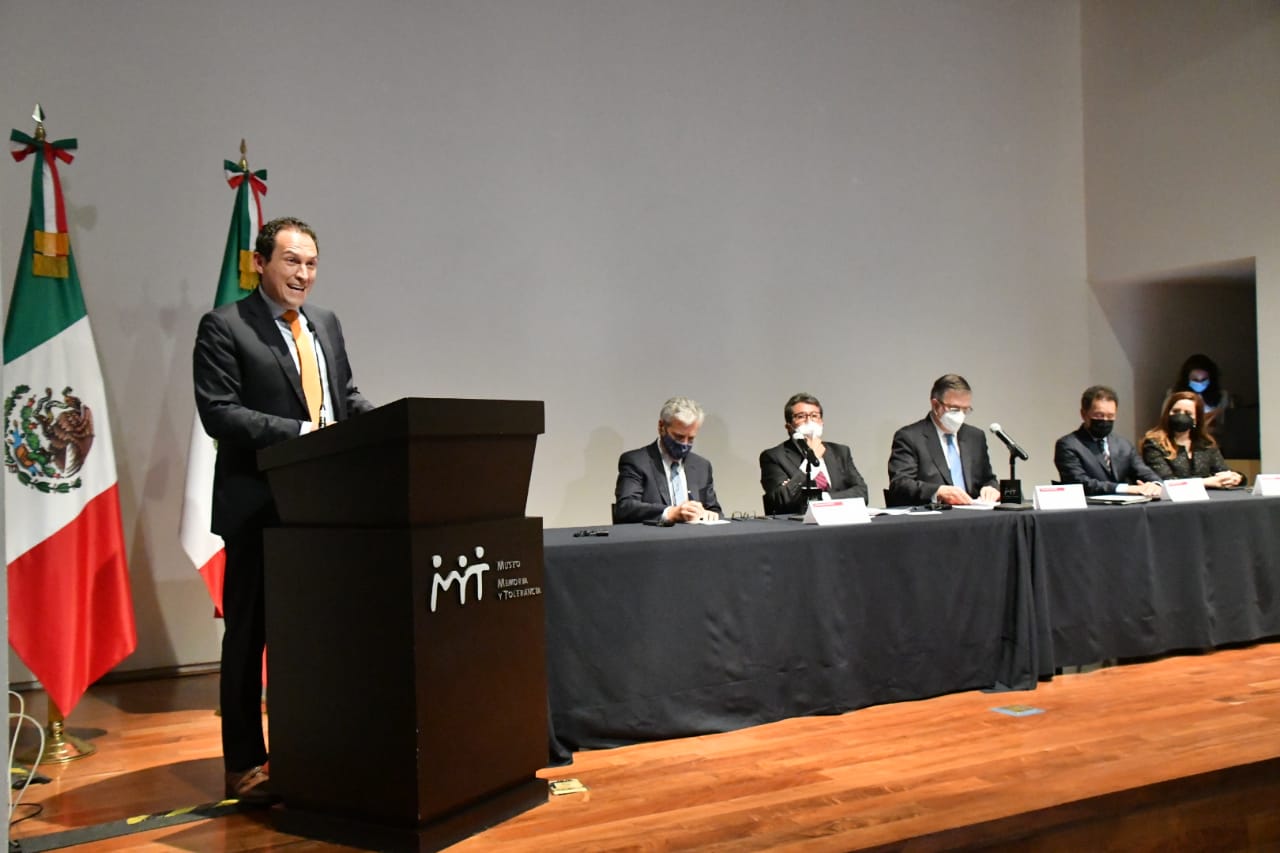 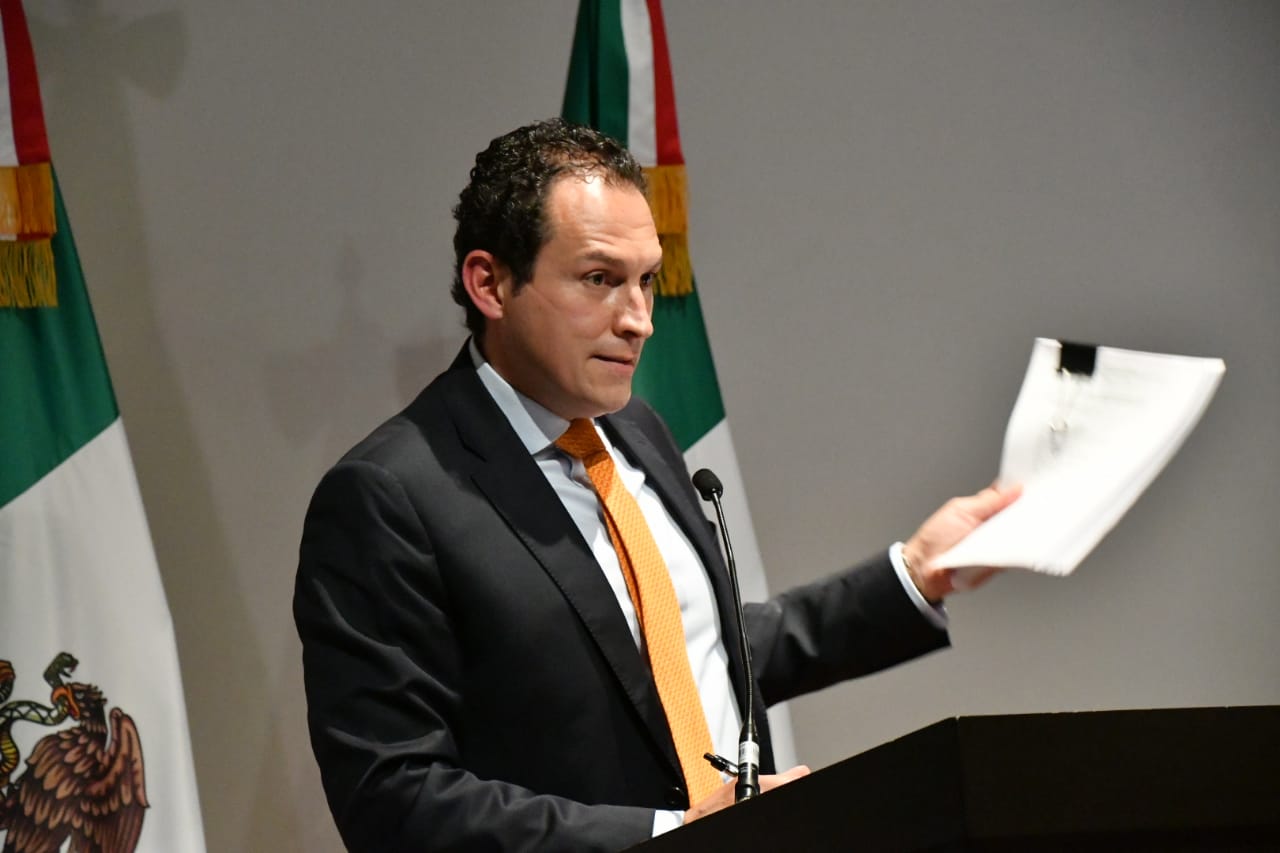 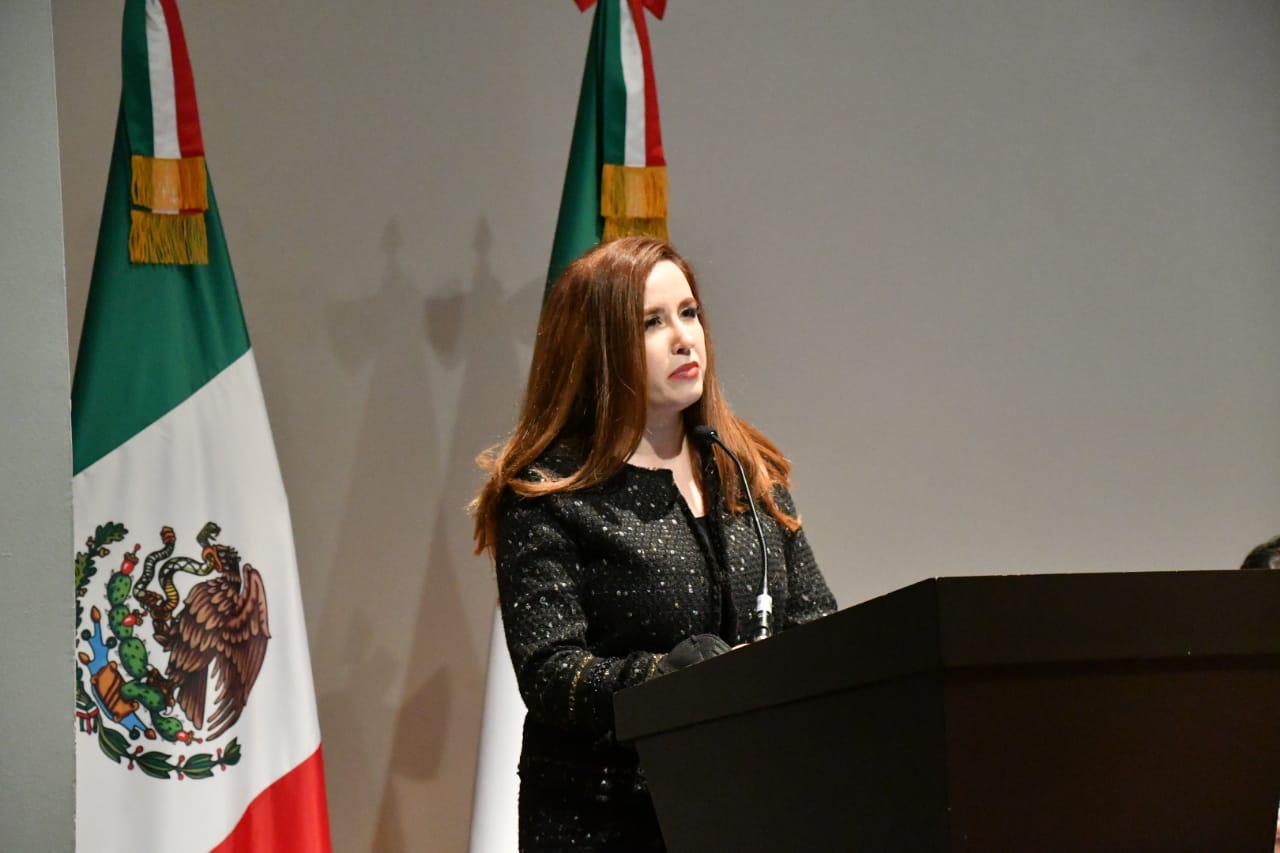 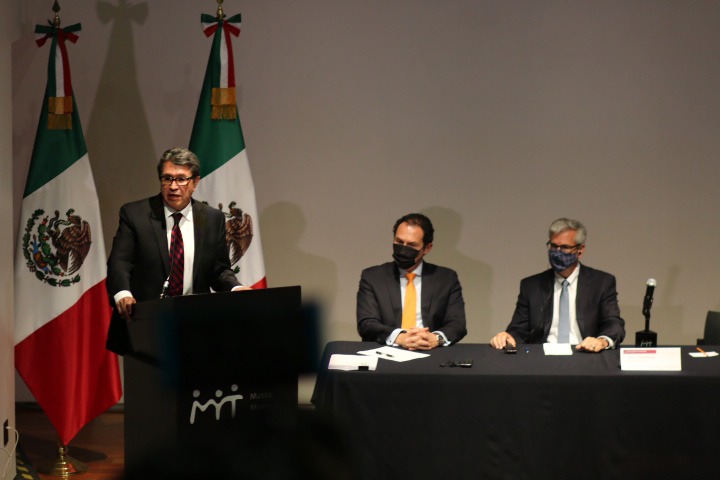 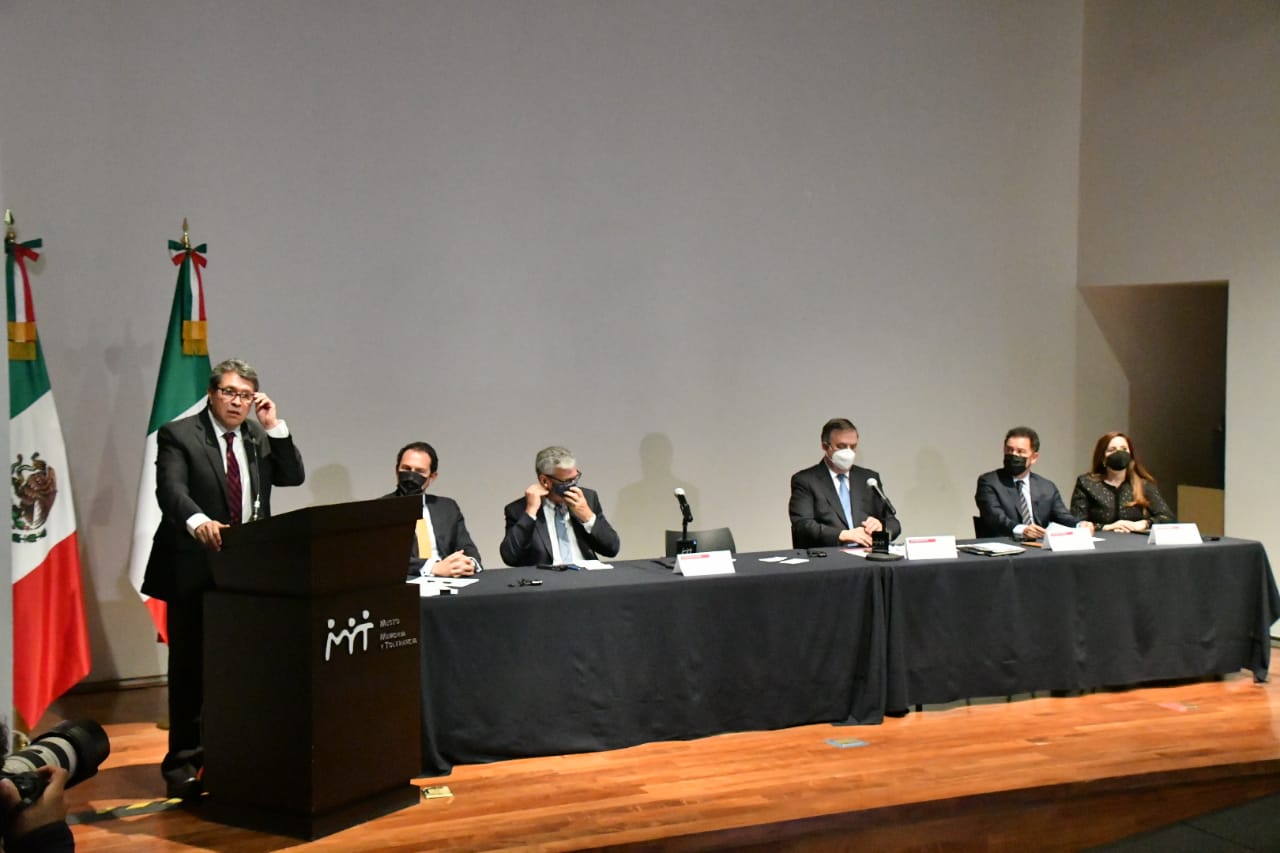