Mexico's position on the events in Cuba 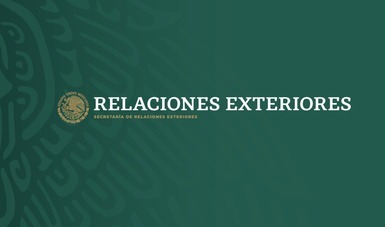 Mexico's position on the events in Cuba

I hold that we must always be guided by the foreign policy principles of our Constitution: non-intervention, self-determination of peoples, the peaceful settlement of disputes and guarantees for human rights.

I want to express my solidarity with the Cuban people. I believe that a solution must be sought through dialogue, without the use of force, without confrontation, without violence.

And it has to be the Cubans who decide, because Cuba is a free, independent and sovereign country.

There must be no interventionism. The health of the Cuban people should not be used for political purposes. That is not the issue.  It shouldn't be politicized, there shouldn't be media campaigns, which can already be seen worldwide.

There are many countries with problems in Latin America and the Caribbean. Cuba is not the only one. However, it is striking that there has been an unusual amount of information, promoted of course by those who do not agree with the policies of the Cuban government, it's obvious, the matter should not be politicized and humanitarian support should not be raised as a flag to interfere in issues that only the Cubans themselves should resolve.

We are going to follow the situation and will be ready to help the people of Cuba with humanitarian assistance that is free of any political bias.

Mexico has always acted in solidarity with Cuba and with all the peoples of the world.

If the Cuban government considers it necessary, and if its people demand it, the Mexican government could help with medicines, vaccines, whatever is required, and with food, because health and nutrition are fundamental human rights, without the political, interventionist handling that some are trying to give to this matter.

The truth is that if you want to help Cuba, the first thing that should be done is to suspend the blockade against Cuba, as most of the countries of the world are requesting. That would be a truly humanitarian gesture. No country in the world should be blockaded. There is nothing that is more contrary to human rights.  You cannot blockade or isolate an entire population for political or any other reasons.  No one has the right to make decisions such as those that affect nations.

We are going to wait and see how things evolve.

I am going to ask the Secretary of Foreign Affairs, Marcelo Ebrard, to monitor the situation and, if it is necessary, if the government of Cuba requests it, to seek a relationship, to establish communication, a bridge, to help the people of Cuba. And to respectfully urge everyone not to opt for the use of force or violence. The Cubans should resolve these issues peacefully. And to express our solidarity with the people of Cuba, very clearly, in no uncertain terms.  We cannot forget what Cuba has done for Mexico, and we cannot forget that we are fraternal peoples. We call again on governments and groups with vested interests in Cuba's domestic situation, not to intervene, to respect the self-determination of the Cuban people, that they be the ones who resolve their affairs peacefully, that there be no interventionism.

We sincerely hope that things are resolved peacefully in Cuba, with respect for the sovereignty of the Cuban people.  We hope that there will be no confrontation or violence, and that—without interference from abroad—the Cuban people resolve their differences. And if the problem is caused by lack of food and medical attention and vaccines, there are two ways to resolve this: one, by ending the blockade, which is unfair and inhumane. And second, for the countries of the world to send humanitarian aid to Cuba, with no political end, as we would be willing to do. We are ready to send food, vaccines and medicines.