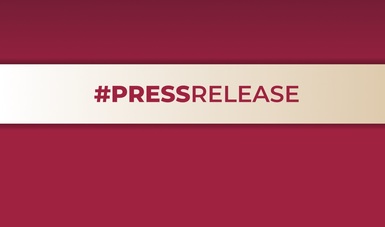 Following President Andrés Manuel López Obrador's announcement nominating Deputy Secretary Jesús Seade to the post of Director-General of the World Trade Organization (WTO), the current chief USMCA negotiator held a virtual press conference today.  The exchange with national reporters and foreign correspondents was held to explain the candidacy of the deputy secretary, who has had a long and prominent career, as the next step needed to strengthen the World Trade Organization specifically, and the global multilateral architecture, overall.

Jesús Seade has an extensive understanding of the economies and trade dynamics in Africa, Latin America, Asia, Europe, the Middle East and North America, and well-established relationships with the leading actors in world trade. His long experience in the most important international economic organizations —including the General Agreement on Tariffs and Trade (GATT), the International Monetary Fund (IMF), the World Bank (WB) and the World Trade Organization itself— is a proven track record of his abilities within these key multilateral trade institutions.

Deputy Secretary Seade was Mexico's ambassador to the GATT, giving our country important victories in trade disputes over antidumping duties on cement and the tuna embargo. He also represented Mexico as chief negotiator to the Uruguay Round, the origin of the current WTO.  Negotiations were paralyzed, and it was agreed to make changes to the GATT senior leadership.  The organization unanimously appointed Peter Sutherland as the new director-general, with then-Ambassador Seade as the new deputy director-general.

The new team steered the negotiations to a successful conclusion, which included renegotiating benefits for the least-developed countries (LDCs), mainly in Africa, a process led by Deputy Secretary Seade. This series of negotiations led to the creation of the WTO as a replacement for the GATT, where Seade served as founding deputy director-general.

As a senior advisor at the International Monetary Fund (IMF), he was responsible for managing the IMF's policies on the financial crises in Argentina, Turkey and Brazil. He also negotiating debt relief for fifteen high-debt African countries, confirming his experience with developing economies and his skill as a negotiator. In addition, he served earlier as principal economist at the World Bank. At both institutions, he led technical assistance missions for more than fifty countries in Africa, the Middle East and Latin America.

Jesús Seade studied Chemical Engineering at the National Autonomous University of Mexico (UNAM) and received master's and doctoral degrees in Economics from the University of Oxford, England, under the guidance of the Nobel Prize in Economics, James Mirrlees. He wrote his doctoral thesis on optimal tax policies for income distribution. He was chair professor at Warwick University, UK, and founding director of the Center for Economic Studies of El Colegio de México (Colmex), as well as executive secretary of the Mexican Nuclear Energy Commission. In Hong Kong, he was vice president of Lingnan University, and in China he was associate vice president for Global Affairs at the Chinese University of Hong Kong-Shenzhen. He also served as senior advisor to the Hong Kong Secretaries of Financial Services and Trade and Industry prior to becoming Mexico’s chief negotiator of the United States-Mexico-Canada Agreement (USMCA) in 2018.

The nomination of Deputy Secretary Seade to the post of WTO Director-General by the Government of Mexico comes in recognition of his experience and abilities but, above all, is a sign of the country's commitment to the multilateral order.  Mexico is nominating a strong candidate with the experience and ability to represent the best global interests in free trade, at a key moment for protecting and promoting multilateralism and international cooperation.