The Foreign Secretary highlighted the agreement between Mexico and the US to reactivate the High-level Economic Dialogue. He said the meeting ensured that Mexico will be working with the United States based on a shared vision of the region. 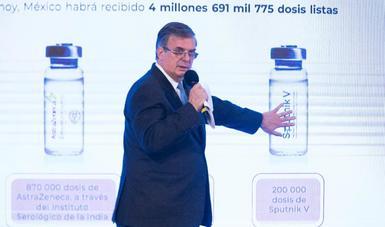 During today's press conference led by President Andrés Manuel López Obrador, Foreign Secretary Marcelo Ebrard underscored the importance of the virtual bilateral meeting between the Presidents of Mexico and the United States, and gave an update on the foreign policy strategy for the COVID-19 pandemic.

Regarding yesterday's meeting between President López Obrador and President Biden, the Foreign Secretary highlighted the agreement to reactivate the High-level Economic Dialogue. He said that the virtual meeting is "very good news for Mexico because it means that we will be working with the United States based on a shared vision of the region and not just on short-term bilateral issues."

Separately, the Foreign Secretary gave an update on the foreign policy strategy for the pandemic. He reported that the first batches of CanSinoBio vaccines were packaged on February 24 at Drugmex, a Mexican laboratory in the state of Querétaro.  Mexico has enough active ingredient to make about 2 million doses of this vaccine.  He added that, starting on March 6, the first doses would be ready for a quality evaluation by the Commission for Analytic Control and Expansion of Coverage (CCAyAC), part of the Federal Commission for Protection against Health Risks (Cofepris). If the first batches are approved, their distribution could begin at the end of March.

Regarding production of the AstraZeneca vaccine, the Secretary said that Mexico has received enough active ingredient to produce and package 12 million doses of the vaccine in the Liomont Laboratories plant in Ocoyoacac, State of Mexico. The plant is about to begin the production and fill-finish of the vaccines, which will also be subject to verification and approval by the CCAyAC.

The Foreign Secretary emphasized that Mexico produces the vaccines to the highest international standards to guarantee their stability, sterility and correct dosage and, of course, to guarantee that each vaccine is 100 percent safe. Mexican laboratories and companies are participating in producing the vaccines due to the vision of President López Obrador, who instructed that Mexico ramp up its vaccine production capacity. In the future, Mexico will not depend on other countries to such a degree.

Regarding the most recent shipments of vaccines to Mexico, the Foreign Secretary said that 800,000 doses of the Chinese Sinovac vaccine arrived on Saturday, February 27, and that a shipment of 852,150 doses of the Pfizer-BioNTech vaccine arrived this morning.  To date, Mexico has received 4,691,775 doses of ready-to-use vaccines.  The current portfolio of ready-to-use vaccines includes vaccines from Pfizer, AstraZeneca, Sinovac and Sputnik V.

Regarding the next shipments, the Foreign Secretary said that Mexico would receive 600,600 more doses of the Pfizer-BioNTech vaccine next Tuesday, March 9. In the coming months, a second shipment of 1,160,000 doses of the AstraZeneca vaccine is expected from India; 3 million doses of Sinovac and several shipments of the Russian Sputnik V vaccine will be arriving; and the active ingredient to produce and fill-finish 3 million more doses of the CanSinoBio vaccine will also be sent.

Regarding the contract signed between the Government of Mexico and the Covax facility for 51.5 million doses for 25.75 million people, the Foreign Secretary said that Covax assigned to Mexico the first 5,532 doses of the AstraZeneca vaccine.  The vaccine, which will be produced in South Korea, is expected to arrive in Mexico in March, April and May.

The Government of Mexico and the Foreign Ministry promote an equitable foreign policy, in solidarity and with respect for the sovereignty of nations.  Mexico's diplomacy is firmly committed to the health of all Mexicans and to universal, timely and equitable access to the COVID-19 vaccine. 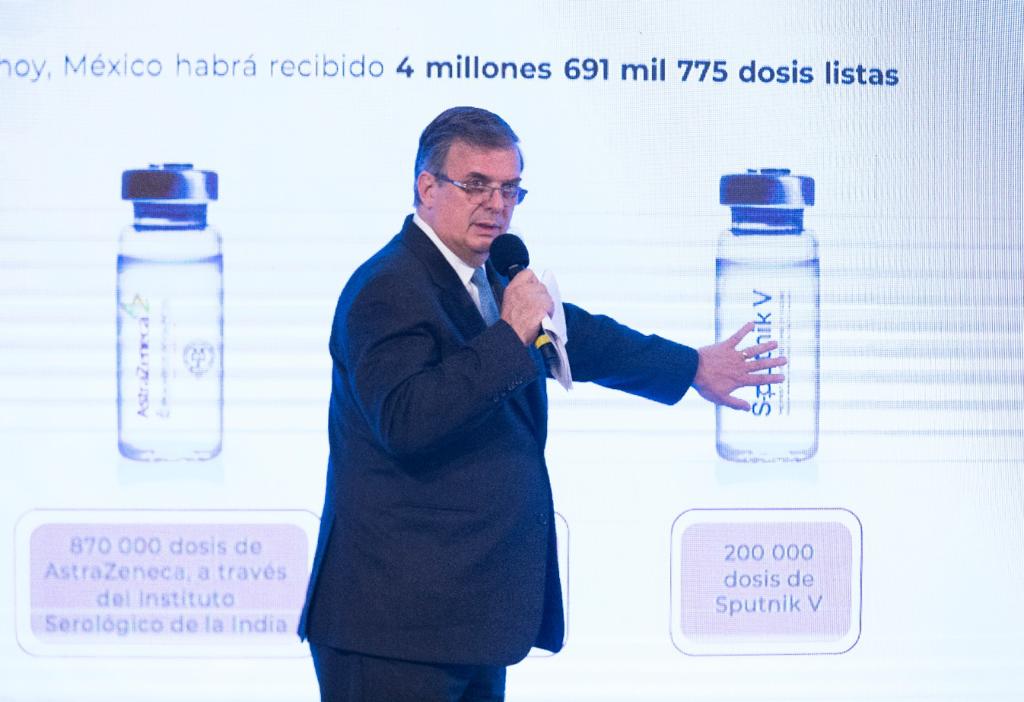 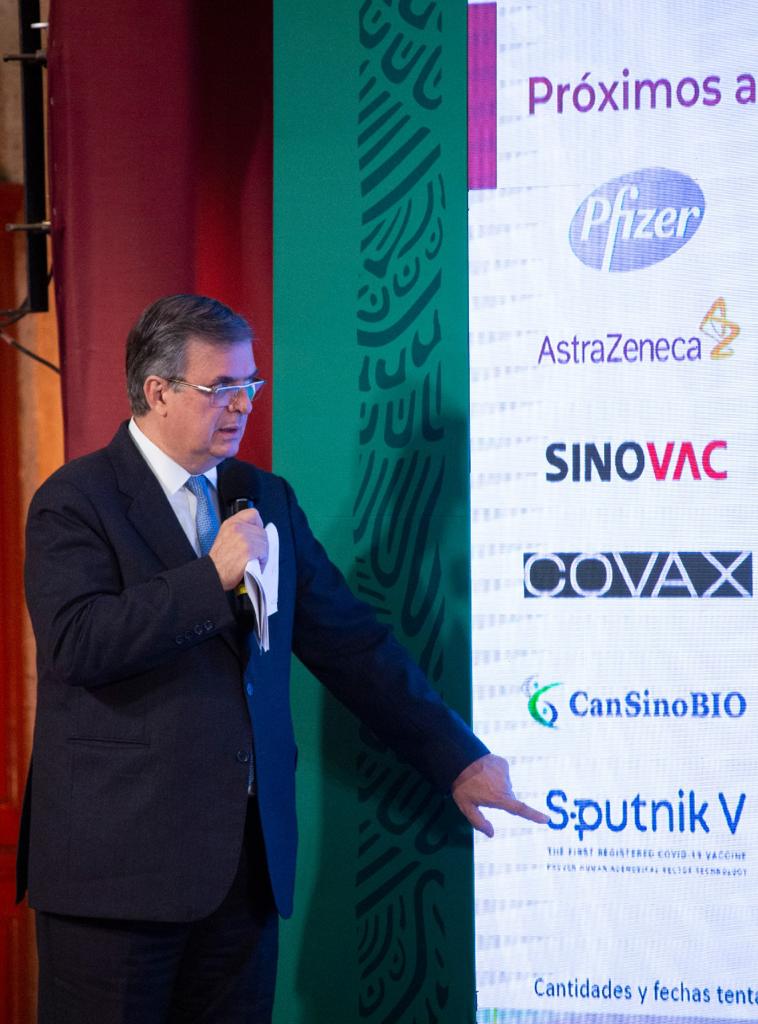 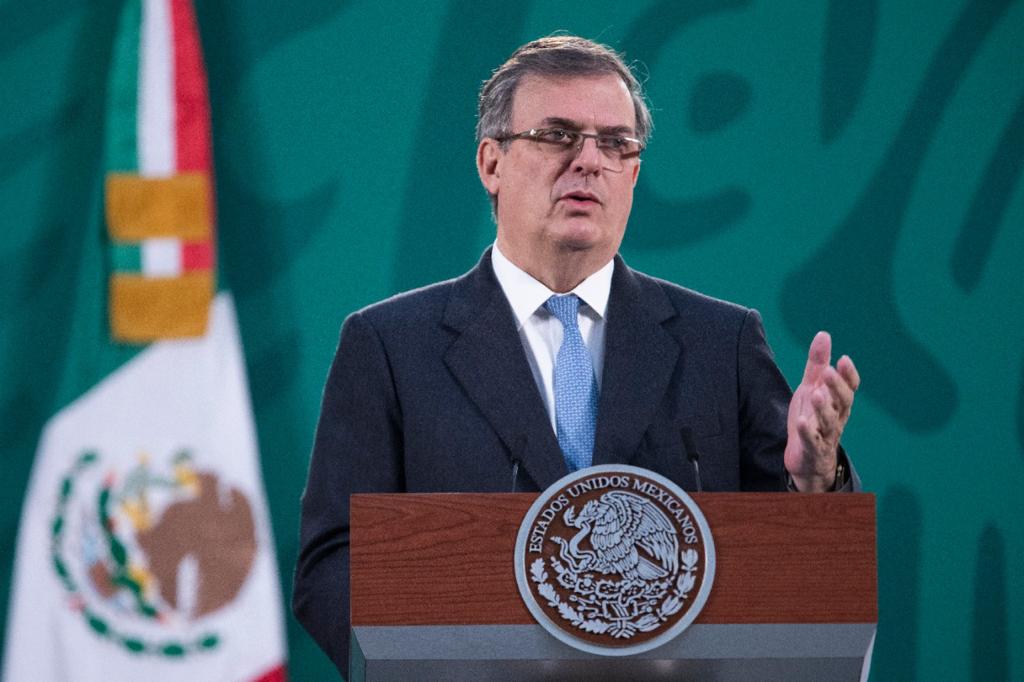 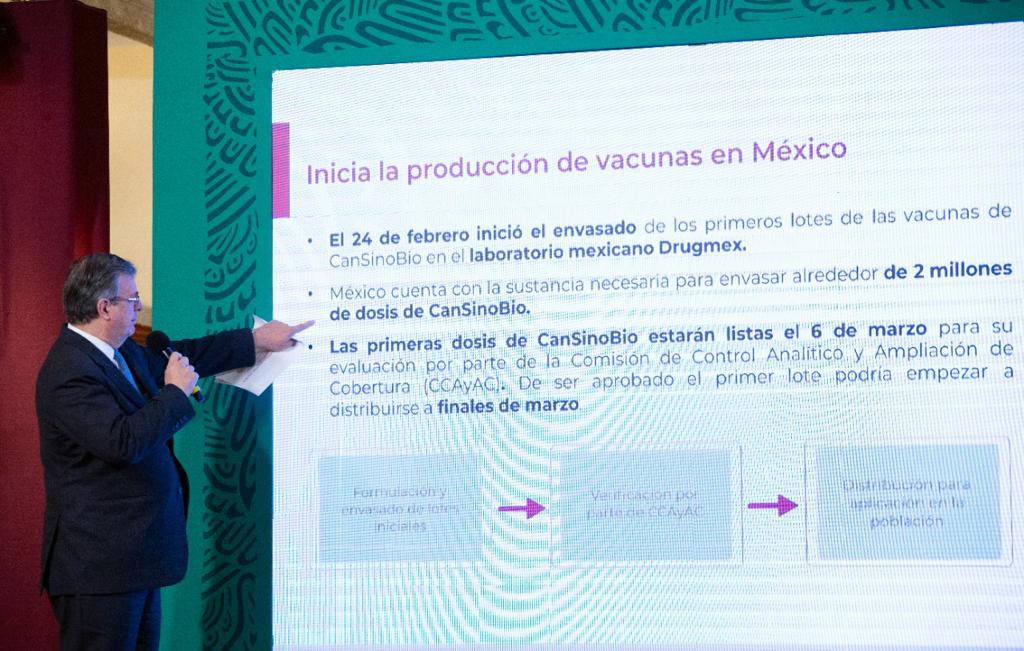