During the president's morning press conference today, Foreign Secretary Marcelo Ebrard reported on the progress made by the Mexican government on migration. 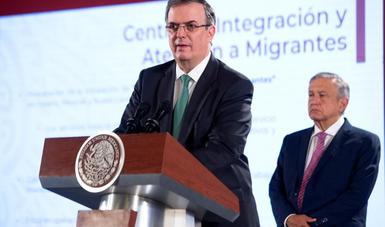 During the president's morning press conference today, Foreign Secretary Marcelo Ebrard reported on the progress made by the Foreign Ministry on behalf of the Mexican government to give priority attention to the issue of migration.

The secretary said that the steps taken had reduced the flow of migrants by 56% between June and August,  and that each and every one of the steps was taken based on Mexican migration law and the Constitution.

Regarding the deployment of the National Guard to assist on the border, 14,951 members of the Guard have been sent to the country's northern border and 10,500 to the southern border, for a total of 25,451 National Guardsmen who are helping with migration and security in national territory.

Despite being one of the largest and most complex security deployments, only seven complaints have been filed with the National Human Rights Commission, and they are being pursued.  However, despite the complexity of the deployment, it has been successful and has respected human rights.

Regarding the measures taken to safeguard the lives and ensure the safety of the Central American migrants, Secretary Ebrard said that in the same period of months, 35 cargo trucks had been discovered with a total of 2,186 migrants on board, of which almost 40% were minors. Following these operations and together with the Attorney General's Office, 778 investigations were opened for human trafficking; 1,099 people have been charged; 622 have appeared before the court, and 357 have been prosecuted. The purpose of the above is to ensure that migration to Mexico is safe, orderly and regular.

The Foreign Secretary thanked the Undersecretary of Labor, Horacio Duarte, for his help. He has played a key role in the strategy of creating migrant integration centers in the northern states.  The centers are essential for receiving migrants and helping local officials to assist the migrants waiting in Mexico for their hearing in the United States. Work is underway on three centers in Tijuana, Mexicali and Nuevo Laredo.

Regarding the Sowing Life program, Secretary Ebrard commended the work of Javier May, Undersecretary for Productive Inclusion at the Welfare Ministry, who is responsible for expanding the program, especially in the south of Mexico. To date, 4,300 migrants have been integrated into Mexico, particularly in the states of Chiapas, Tabasco, Campeche and Oaxaca.

In addition, the Mexico Fund has been tapped to repair and rehabilitate various areas, particularly in Tapachula, Chiapas. These include shelters such as El Buen Pastor, El Café, the Siglo XXI Migration Station, the municipal DIF shelter for girls and the Territorio Joven multipurpose room.  All of the above was done in close collaboration with the National Migration Institute (INM)

He also reported that Mexico is investing 60 million dollars in Central America for the Sowing Life and Youths Building the Future programs in El Salvador and Honduras. Guatemala will be included as soon as contact is made and conversations begun with the new president-elect.

Lastly, the secretary thanked all of those involved in the public and private sectors who have made these efforts possible, saying that all of these actions have achieved three main things: a large, complex flow of migrants that put stress on our laws and our immigration policy has been reduced; we have achievements in the field of human rights; and Mexico is demonstrating what a little money can do in Guatemala, Honduras and El Salvador to create jobs.  The result of these months of work is conclusive: to stem the flow of migrants, development is the best policy. 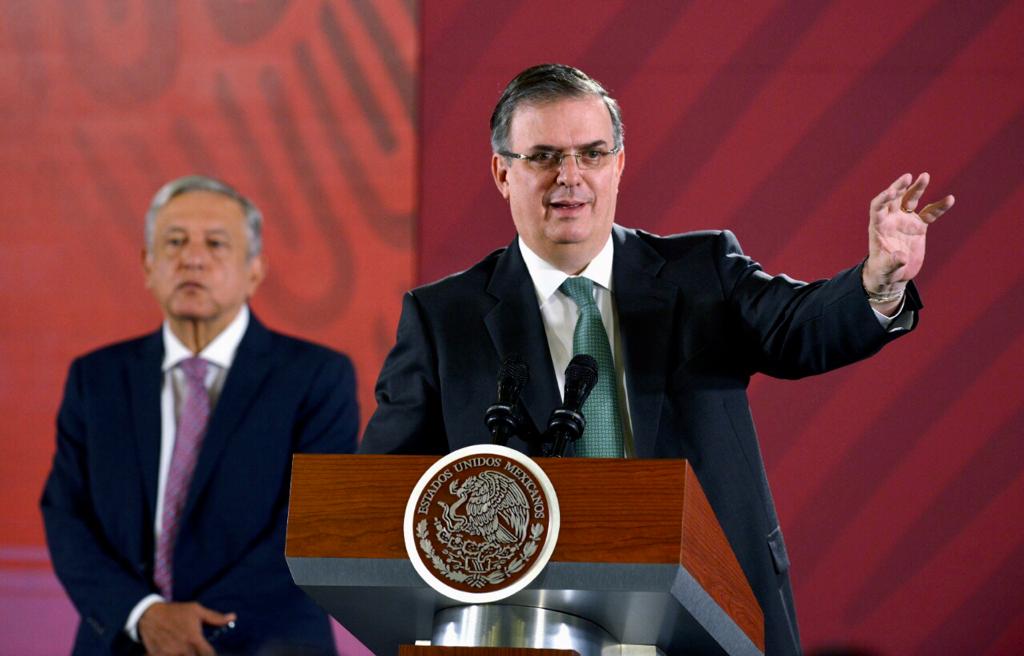 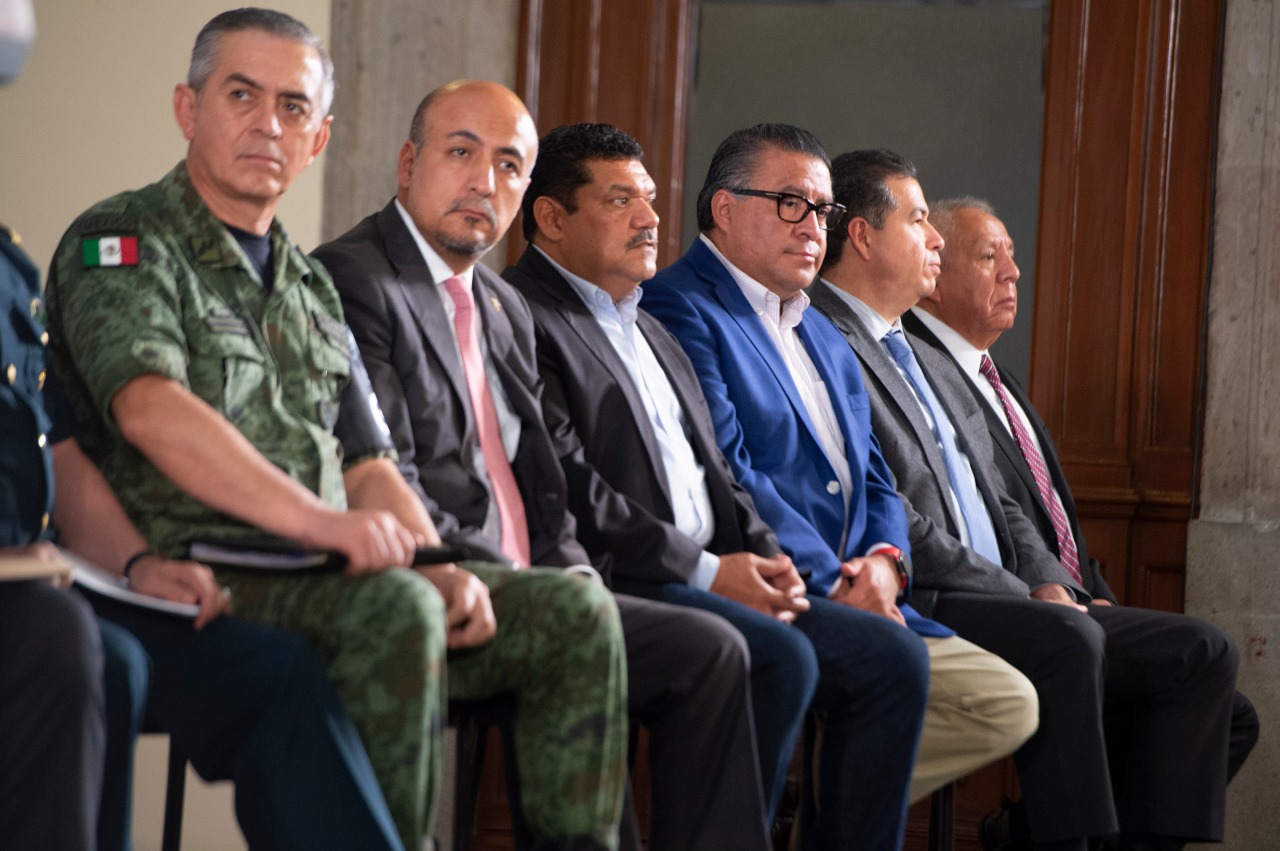 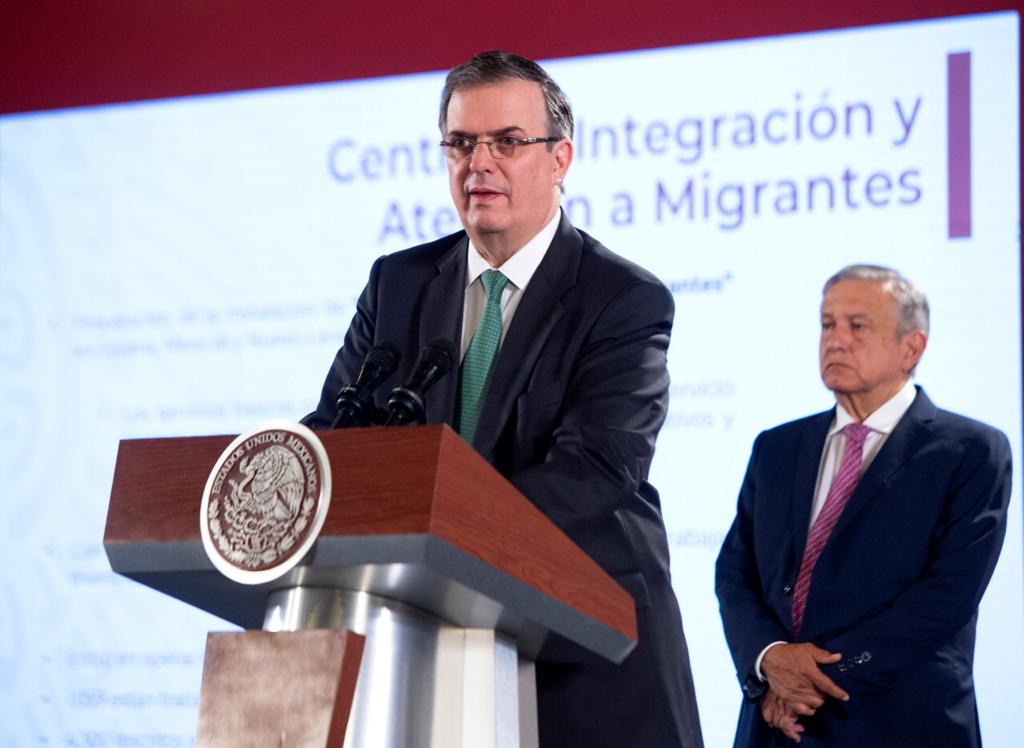